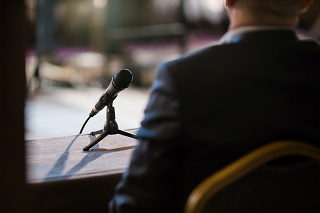 The Police Federation of England and Wales (PFEW) will be championing the continued use of legally qualified chairs (LQCs) who play a vital role in ensuring police misconduct hearings are fair and transparent, as it directly feeds into the Home Office review on dismissals.

The internal review will be launched shortly and aims to improve the dismissal process to raise standards and confidence in policing across England and Wales. Part of the investigation will include examining the impact of the introduction of changes to misconduct panels, including legally qualified chairs.

LQCs were introduced in 2016 and are assisted by an independent member and a senior officer and, together, they make up the panel. Prior to that, hearings were presided over by either an assistant chief constable or a deputy chief constable.

Police Federation of England and Wales Conduct and Performance Lead Phil Jones said: “We welcome the Home Office review into police dismissals and will be feeding our concerns and suggestions into it as a key stakeholder.

“There is no place in policing for misconduct and we condemn any dishonest or inappropriate behaviour which taints the reputation of our incredible police service. The vast majority of police officers work tirelessly with dedication and professionalism under extremely demanding circumstances to keep us safe, and they act with integrity and respect.

“It is crucial to acknowledge the misconduct process has become fairer and more transparent since the introduction of legally qualified chairs (LQCs), with fully independent panels making decisions based on the evidence presented to them.

“We have grave concerns over any insinuations chief constables should be involved in the decision-making process at disciplinary hearings again, which would see a return to the dark days where officers were dismissed in the eyes of those present even before any evidence was considered.

“As with any aspect of the police service, we should be looking for opportunities to progress – not regress. For the process to continue to be transparent and just for everyone involved, it is vital LQCs, alongside independent panels consisting of police and members of the public, can do their job and not feel influenced by chief constables, undue political and social pressures.”

PFEW is also worried about the time it takes for disciplinary investigations to conclude, and the detrimental effect it has on the lives of police officers, and public confidence.

Through our long-running Time Limits campaign, we are fighting for police disciplinary investigations to be concluded within 12 months from the moment an allegation is made.

We are proposing legislation which would give legally qualified persons power to impose deadlines on investigations which have dragged on for a year.

Mr Jones continued: “Nationally there are ongoing issues with the time it takes to conclude disciplinary investigations. It is a massive problem. Protracted misconduct investigations not only ruin officers’ careers and lives and have a damaging impact on their mental health, but they also erode public confidence and are proven to cost the taxpayer millions of pounds each year.

“Moving forward we will continue to work with forces and the Government to ensure disciplinary processes are of the highest standard not just for officers, but also for members of the public.

“PFEW will continue to lobby for sanctions when misconduct investigations impact those involved for more than a year,” he concluded.