Steve joined the Metropolitan Police in 1995, before moving to the Met’s Firearms Command. He became a Federation rep in 2008 because he wanted to help colleagues that were going through a difficult time.

In 2018 he was voted in as a National Board member for the Metropolitan Police Federation and was responsible for various workstreams that help protect and support members, including leading on firearms and Taser matters.

Steve is determined to be an integral working part of the National Council and National Board that strives to hold the Government, IOPC, College of Policing and other stakeholders to account.

His priorities are ensuring PFEW has greater influence and negotiation powers when it comes to pay and pension discussions with the Government and pressing for a long-term funding strategy to allow officers to live a better life both personally and professionally.

Tiff joined Leicestershire Police in 1995. Throughout her policing career, she has specialised in firearms, tactical support and frontline as a general response and beat officer.

Her Federation career started in 2007 with progression to the post of Chair of Leicestershire’s Constables Committee (2011-2014); Chair of Leicestershire Police Federation (2014-2018); and National Board member of the Police Federation of England and Wales (2018-present).
Nationally, Tiff has led on conduct and performance and parliamentary engagement, lobbying for the organisation - with membership and representation always at the core. 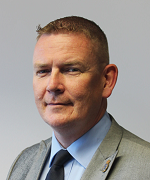 Calum has been a police officer for 25 years, the first six of which was spent in the service of Strathclyde Police before transferring to South Wales Police.

Most of Calum’s service has been in frontline operational roles, including response and community policing in Cardiff.

Calum became involved in the Police Federation in 2011 and stood for election as Sergeants’ Representative for Cardiff. He quickly became equality lead for the Joint Branch Board and then Chair of the Sergeants’ Board. He has also held the position of Regional Chair for Wales.

Calum was General Secretary and Treasurer for the Sergeants’ Central Committee from May 2014 until his appointment as National Vice Chair from 2015-2018.

He led the organisation as National Chair until the triennial elections in 2019 - a first in Federation history when members were given the opportunity to vote for local and national representatives.

Calum headed up the national criminal claims department before becoming the National Secretary in 2022. 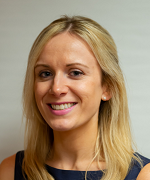 Gemma started her Federation career in Suffolk Constabulary as a workplace representative and later became their Deputy Secretary, specialising in Conduct and Performance matters and Post Incident Procedures utilising her background in response policing and protective services.

Having transferred to the City of London Police in 2018 as a police trainer within Learning and Development, Gemma took up a role on the Branch Board of the City Police Federation as Deputy Treasurer and Professional Development Lead. Shortly after, she was elected to the National Council as an additional seat for Region 8.

Gemma moved to the National Board in December 2019 and led on Roads Policing, Ill Health Retirement and areas of Professional Development.  She currently sits on the College of Policing Professional Committee.  In July 2022 Gemma took up the position of Deputy National Secretary. 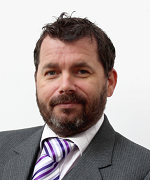 Simon joined Dorset Police in 2000 working as a frontline Response officer, both as a constable and as a sergeant, where he gained qualifications as a licensed Search Team Leader and a Hostage and Crisis Negotiator.

He has also worked in some more covert roles, including undercover policing, surveillance and counter-terrorist policing. This breadth of experience has given him the opportunity to build a well-rounded career with experience across a range of disciplines. Some of the roles have been subject to enhanced vetting, requiring the upmost levels of integrity and personal ethics.

Having become a Federation representative approximately seven years ago, Simon trained as a Misconduct, Equality and Health and Safety rep, and still maintains a role on his home board as a Misconduct rep. This, alongside his occasional operational work, has enabled him to maintain links with operational colleagues.

After becoming a National Board member, Simon’s was elected as Deputy National Treasurer in 2017 to support the National Treasurer and Finance Director by helping to implement the initiatives being brought forward, and building close working relationships with stakeholders. 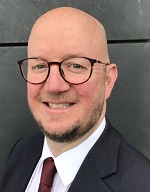 Kevin has been a police officer for more than 27 years, having initially joined Kent Police in June 1995 before transferring into Durham Constabulary where he has spent most of his policing career. Throughout this period of time he was predominantly a frontline police officer on 24/7 response and neighbourhood policing.

After becoming a local Fed rep at Darlington, Kevin was elected as the Constables Chair, recognising his leadership skills and diplomacy in discussions between the different rank Boards and in 2010, he was elected as the Durham JBB Chair and Branch Conduct Lead, becoming the youngest chair in the country at that time. Kevin became the Durham Branch Secretary and Treasurer during 2013, holding both these roles until this June 2022, having been a member of the National Council throughout that time.

Kevin has attained all the PFEW, SFJ Level 4 Awards: in representing his members, in Health & Safety, in Equality and for Conduct & Performance and Attendance matters. He also holds the recognised NEBOSH qualification within the H&S arena and the PFEW, SFJ, Level 6 Awards in serious and complex cases of Conduct, Performance and Attendance, Equality issues and Post Incident Procedures (PIP). He is also an accredited PFEW Mental Health First Aider.

On becoming a National Board member on behalf of Region 2, Kevin has been duly elected as the Deputy National Treasurer from 1 July 2022 to support the National Treasurer and PFEW finance team, as well as working closely with all the other internal and external financial stakeholders involved with PFEW.

His priorities in his new role are to understand he is one of the next Guardians of the National PFEW Funds, ensuring PFEW has good financial governance, greater transparency and trust with its members and that PFEW funds are bringing the best possible value they can, as well as professionally building a healthy and stable financial future in order to allow PFEW to be able to continue to represent its members and police officers for many decades to come. 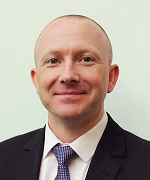 Craig has been a constable with Lincolnshire Police since August 2000. Before joining, Craig worked in the hospitality and financial sectors. He joined the police to try to make a difference in society.

Craig was a Response and Patrol Officer in his home force for 15 years, joining the Federation as a workplace representative in 2009, before becoming the full-time Secretary and Treasurer of Lincolnshire Police Federation in 2015. Craig chose to become a rep after he was involved in a number of investigations and saw the valuable work done by the reps who looked after him; it made him want to help officers in similar situations.

As Secretary of the Lincolnshire Branch, Craig led on the introduction of a fit-for-purpose Limited Duties policy within his force and brought about adjustments to Lincolnshire's Acting Allowance, Temporary Salary and Temporary Promotion processes to ensure officers were paid correctly.

Craig became a National Board member in 2016, and sits on the Professional Development and Operational Policing subcommittees. He was elected as Head of Civil Claims in 2018. 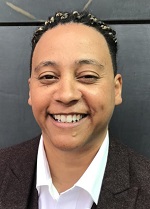 Kersten’s progression through the Metropolitan Police Federation (MPF) has seen her hold several positions including full time Federation lead at CO18 which is the force’s Aviation Security Operational Unit.

In 2016 she was elected as the deputy general secretary for the constables’ branch board before becoming special operations secretary which meant she dealt with a broad spectrum of challenging, complex, and incredibly sensitive cases involving royalty, counter terrorism, parliamentary, firearms and surveillance officers.

Kersten was the MPF training manager for six years as well as the lead for post incident procedures and the editor of the MPF magazine London Beat.

In 2022 she joined the National Board and following this was successfully elected as the new head of criminal claims. She is passionate about supporting members by giving them access to legal funding at their most vulnerable times.