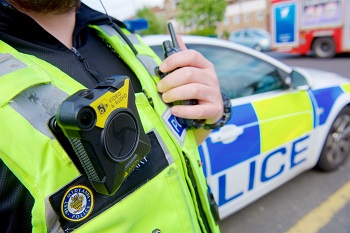 Protracted police misconduct investigations are costing taxpayers millions of pounds each year. Startling research conducted by the Police Federation of England and Wales (PFEW) has estimated the eyewatering costs of officers being investigated by forces and the Independent Office for Police Conduct (IOPC).

**By taking into account the average cost of running investigators’ offices, legal aid and officers performing normal duties, on restricted duties or suspended, PFEW has estimated an investigation lasting up to six months costs £15,101 per officer which rockets to £302,012 when it drags on for five years or more which is 20 times higher.

When narrowed down to suspended officers only the costs are considerably higher. A six to 12-month investigation costs approximately £67,968 but increases to £453,115 per officer after five years. This is due to the force having to fully replace them until proceedings conclude with other officers backfilling and working extra hours to plug the gaps.

The stark findings have been shared with MPs in a dossier of evidence submitted to the Home Affairs Select Committee as part of its inquiry into the remit of the IOPC, the police complaints system and the time taken to resolve complaints.

PFEW is continuing to highlight the detrimental impact of lengthy disciplinary investigations on police officers, their families, their colleagues as well as public trust and confidence in policing as part of its Time Limits campaign.

The campaign, launched in 2019, evidences the urgent need for investigations to be concluded within 12 months from the time an allegation is made.

Reacting to the findings, PFEW Conduct and Performance Chair Phill Matthews, commented: “Protracted misconduct investigations have not only ruined the careers of so many officers, but have severely impacted their mental health, their families and their colleagues- and now we can evidence they are a huge drain on the public purse.

“Officers are rightly held accountable for their actions, and I absolutely condemn dishonest or inappropriate behaviour, but the IOPC often inexplicably pursue cases in which our members have acted properly. In many instances investigations which have gone on for five years or more have just ended in management advice or a written warning. We are hoping better training for IOPC investigators will result in more time being freed up to uncover those that don’t deserve to be in the job.

“Public trust in the system will also erode if people do not think their complaints will be dealt with quickly.

“We are encouraged the IOPC is keen to work with us on this matter. However, we must ask can these costs be considered good value for money for the taxpayer? We must make the system more efficient and conclude investigations in less than one year."

**The analysed data covers the Metropolitan Police Service misconduct or gross misconduct investigations that were still outstanding, that is unresolved, as of 1 December 2018. We have assumed this is reasonably representative of the data we would have obtained had we been able to get data from all forces.