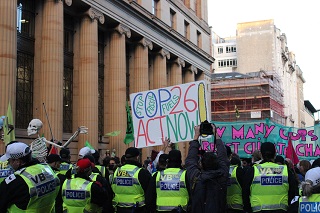 The Police Federation of England and Wales (PFEW) has made progress on lobbying police chiefs to overhaul the “damaging and divisive” mutual aid payment system.

A PFEW working group was swiftly set up to collate evidence to form a new Federation position.

National policies on mutual aid are currently outdated and have not been touched since the Winsor Review a decade ago.

We believe key decision makers have now started to address the issue as a result of the Federation initiating this important conversation, with the National Police Chiefs’ Council due to discuss a paper on the matter this month – something PFEW has been heavily involved in.

So far, the Federation has agreed a new policy which calls for all members to be accommodated in a three-star venue as a minimum, in a single occupancy room, and, if these standards are not met, they should receive a hardship allowance.

Other policy changes currently being discussed include splitting the existing overnight away from home allowance into two separate allowances – one for having to stay away from home and another for being held in reserve.

These changes, similar to the Scottish model, should also see the payments reflecting rises in the cost of living and inflation.

We are also calling for allowances not to be co-dependent. Currently officers are not entitled to the hardship allowance unless they are awarded the overnight allowance first.

The refreshed PFEW policy papers will be submitted to the NPCC ahead of its meeting for consideration.

Steve Taylor, PFEW mutual aid lead, commented: “The fact a member receives no overnight allowance, unless they are held in reserve, is something which we should seek to change.

“It is only right our dedicated and hard-working members feel valued, are fairly recompensed, and know exactly where they stand when they volunteer to be away from their families.

“The current system is not fit for purpose, damaging and divisive as officers are treated differently depending on which force they are from.

“We also need to remind chief constables if they are to become an employer of choice the days of housing officers in substandard locations should be a thing of the past.

“After witnessing members being treated unfairly during latest mutual aid operations, and stepping in a provide a quick fix, we knew we had to take action for a long-term solution.

“It is pleasing to see key decision makers now seeking change after encouragement from the Federation, and we will keep our members posted on the progress over the coming months.”