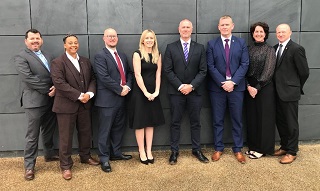 Following a selection and election process conducted at PFEW’s Leatherhead headquarters, the following positions have been allocated.

Calum Macleod has been selected as the National Secretary of the Police Federation of England and Wales (PFEW). Calum, a South Wales officer, will take over his new role on 1 July following the retirement of Alex Duncan who has been an officer for 31 years, 23 of which as a Federation rep and four as National Secretary.

Kevin Wilson has been elected as Deputy Treasurer with Kersten Peters taking over from Calum as Head of Criminal Claims.