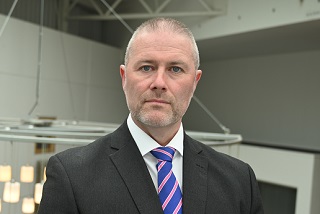 Later this month we will witness the biggest ambulance strike action in 30 years. Ambulance workers from all three unions are due to walk out on 21 December – this means that ambulance drivers, paramedics, call handlers and emergency care assistants will refuse to work across 10 of the 11 trusts in England and Wales. A further strike is due to take place on the 28 December by members of the GMB union.

Perhaps more than most we appreciate current frustrations with pay offers, poor working conditions and minimal resources - police officers have suffered a real terms pay cut of between 25 to 30 per cent since 2010. The great difference for police officers up and down the country though, is that we, uniquely, are unable to express our own frustrations through strike action, even though we step in as a last resort to ensure public safety when others strike.

It is no different with the ambulance workers’ strike as our members are being asked to step in and drive ambulances; it shouldn’t need saying, but police are not ambulance drivers or qualified paramedics.

At a time when the thin blue line is overstretched and under pressure like never before, this request gives me grave concern for the welfare of our members. Our officers are exhausted, many feel they are on their knees already after a tumultuous year of extra duty, including unprecedented large-scale events. Alongside the strikes that have required extra policing, this year has seen an increase in protest action by various groups across the country. One group alone, Just Stop Oil, has held protests on 46 days of the year so far, requiring 12,500 officers to police, this on top of their regular duties, and such is the threat of similar action by the group we have police officers permanently on standby.

I would never ask members to refuse to pick up overtime, indeed for many I am sad to say overtime represents a vital additional income - a condemning reflection of the state of policing today that illustrates why we are campaigning so hard for fair pay for officers.

But I am given pause for concern that far too much police time is being spent doing work that is not traditional police work.

It is in our nature as police officers to step up when help is needed, but I worry that this is to the detriment of the health and wellbeing of our members. It was only this month I expressed my concern at the blurring of the lines between police and prison officers with police cells being used as overflow for prisoners, and now today I am forced to express my concerns at police being asked to drive ambulances.

I am encouraged by the NPCC statement made by Assistant Chief Constable, Owen Weatherill, National Mobilisation coordinator, “Policing must ensure it can deliver its own core business. Police officers already deal with issues from existing ambulance attendance times, often related to mental health incidents”. It is important that as a community all police speak with one voice so that our message is amplified.

As the Assistant Chief Constable states, “Preservation of life will always be policing’s number one priority and that has not changed”, so whilst we acknowledge the request for police to drive ambulances and have not ruled this out entirely, first and foremost is our duty to ensure we have the capability to deliver our core service, something that at present is a struggle across all forces.

Police officers driving ambulances may make sense to some; many officers are uniquely qualified to drive both emergency service vehicles, but this is where any similarity ends. It’s important to remember every officer that would be driving an ambulance is an officer not preforming their police duties.

I have genuine concern for any officer who may be exposed to medical emergencies they are not qualified to act on. The human consequences are awful to imagine, but we must consider the legal responsibilities and practicalities too. Should a patient die in the presence of a police officer, or within a period of time of being with a police officer, that officer is referred to the Independent Office for Police Conduct for investigation.

The physical strain, mental pressures and legal worries are real world concerns for all our members, and it is my responsibility to give voice to these concerns whilst allowing members the freedom to make their own decisions.

Branches have already been in touch to tell us that they are running minimum staffing levels for their patrols - some have said they cannot even fill the minimum staffing level requirements. Things are so bad, we are told by those on the front line, that rest days are being cancelled up to six months in advance. Adding more pressure over the coming weeks as we are asked to pick up extra work outside of traditional policing, moves us ever closer towards a tipping point.

I am mindful, too, of unforeseen and unintended consequences of such action, just as we are now experiencing as a result of the junior criminal barristers strike action that took place six months ago. The announcement that 400 police cells be used as an overspill for the prison service is disturbing enough, but a little investigation reveals a surprising genesis for this requirement.

Justice Minister Damian Hinds argued that the unusually high surge in prisoners was in part due to a backlog of outstanding court cases caused by the strike action taken by junior barristers.

There is a theme here, not only are the police expected to pick up the direct slack caused by other public sector workers going on strike, but there are too, very tangible, knock-on impacts for policing that may not be immediately obvious. No one could have imagined that a strike of junior barristers in June 2022 would have such an impact six months down the line on policing. I fear for future impacts from the request to put officers in ambulances.

Strike action impacts the public in varying degrees, but the police service is always impacted. This impact is perhaps to face its biggest challenge to date as a level of strikes unseen for 30 years are set to take place over the coming months. We will always uphold the law, but as the law evolves to deal with such action, our responsibilities are changed, often increased, perhaps without sufficient Government oversight into supporting these increased responsibilities.

As the police are called upon to cover more and more public sector workers, I have serious concern for what this may bring all our members, now and down the line.