PFEW have welcomed a detailed Parliamentary report into the police complaints and discipline system but called for further transparency and accountability from the Independent Office for Police Conduct (IOPC). 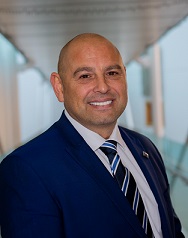 The report was the outcome of an 18-month long enquiry by the House of Commons’ Home Affairs Committee and examined the role and remit of the Independent Office for Police Conduct (IOPC) in relation to complaints and discipline.

In the report, the Committee explored the ‘continuing disquiet at the way in which police forces in England and Wales investigate and deal with complaints.’

PFEW National Vice Chair Ché Donald said: “PFEW supports many of the conclusions made in the report, particularly criticisms over timeliness and Professional Standards Departments (PSD) not being properly funded, and their lack of transparency and diversity amongst staff. We would welcome further positive dialogue with the Home Affairs Committee.

“Through our ‘Time Limits’ campaign, we have called for legal oversight on how long an allegation or complaint against a police officer can be investigated. We would take issue with the conclusion that 91 per cent of IOPC ‘core investigations’ are completed within 12 months, as we know the length of delays to many investigations are still totally unacceptable. We often find there is no rationale for these delays, or they are caused by issues such as lack of disclosure or other proceedings.

“The claim that ‘officers treat complaints against them as challenges to their authority or matters to be sidestepped’ simply does not ring true in our experience. It’s nonsense to say members don’t cooperate with the IOPC, as they are only too aware of the sanctions and possibility of dismissal.

“Delays in officers responding are usually caused by lack of clarity over the officer’s status as a witness or suspect.

“It’s also our belief there must be better oversight of the IOPC and forces from HMICFRS or another external body, as currently there are no sanctions for investigatory delays on their part, or breaches on their part regarding Complaints and Conduct regulations, particularly where they continue to fail to provide explanations for delay.

“We also support Directly elected Police and Crime Commissioners (PCCs) having a light touch role in overseeing the investigation of complaints, although our main concern with this would be if PCCs diverted funds to launch politically motivated investigations.

“We’d ideally like to see the IOPC better explain their decisions to members of the public in non-technical language, and to ensure complainants are given more facts about the process, so they have realistic expectations about their complaint. Report findings are often hundreds of pages, and too legally complex.

“The majority of police officers are dedicated professionals. Those who cannot be trusted deserve to be dismissed, but the reality is most IOPC cases find officers have done nothing wrong or are simply making mistakes or make rushed decisions under pressure.

“It’s more essential than ever the disciplinary process is quicker and more learning-based rather than returning to a sanction-based culture.”

The 56-page report concluded: “It is troubling, nine years on from the Committee’s last report on this topic, that concerns are still raised about delays to investigations that detrimentally affect people’s lives, about complexity of language and processes, and about inconsistency in updating and supporting officers and complainants during investigations.”