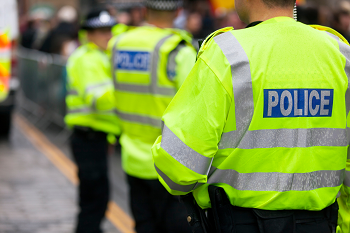 Police officers facing the most demand with not enough time stay on top of workloads are twice as likely to have Complex PTSD (C-PTSD).

The University of Cambridge analysed survey data provided by 12,248 serving police officers to determine the working conditions and on-the-job situations with the strongest links to the mental health condition.

Police officers who described never having enough time to “get the job done” had almost double the rates of C-PTSD as the average across UK forces, 22 per cent compared to 12 per cent.

Additionally, of 18 anonymised UK police forces, the one with the highest reported time constraints among officers had C-PTSD rates of 29 per cent, well over double the average for the overall policing population.

Police Federation Wellbeing Lead Belinda Goodwin said: “We have been warning for years about the damage caused by the stress placed on our officers.

“With demand soaring, officers are buckling under the pressure as there simply isn’t enough of them to cope with the workload. Caseloads continue to pile up to impossible levels and more is expected from officers with fewer resources.”

However, officers who say they feel supported by colleagues, and have a sense of doing meaningful work, had around half the rates of a form of PTSD as the national average for policing staff.

Officers who described it as “very difficult” to take time away from the job for personal or family matters had C-PTSD rates over 50 per cent higher than the UK-wide average for police.

Officers who said they could never rely on the help and support of colleagues were most likely to suffer, with 43 more than per cent displaying symptoms. It is likely this is exacerbated by a combination of issues such as the rise in single crewing over the years and cuts to canteens which are barriers to peer-to-peer support.

“Austerity measures saw forces have to ditch canteens in a bid to scrape back funds, this ultimately means our colleagues have very little opportunity to debrief casually with one another about what they have just responded to, so it doesn’t become bottled up inside and they don’t feel alone.

“Ask your colleagues twice how they are doing. If you ask once they might say they’re fine, but if you mention it again and say, ‘how are you really doing?’, they will be more likely to open up. Officers shouldn’t feel like they are a burden on their colleagues for saying they are struggling.

“We are working with the National Police Chiefs’ Council’s wellbeing lead to come up with a strategic solution to demand, including conversations around case workloads and the impact this is having on their health, and the importance of proactive, preventative mental health support, to assist officers regularly and not just once they reach breaking point.”

Researchers behind the study say their findings suggest that simple improvements to the working lives of police – scheduled time for support from peers and supervisors, for example – could dramatically reduce the level of psychiatric problems in UK forces.