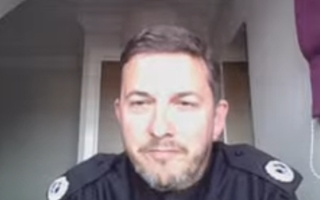 The National Police Chiefs’ Council lead on the Roads Policing Review, Assistant Chief Constable (ACC) and Chief Officer, DfT, Steve Barry says “the Government is listening” to the serious issues raised by the Police Federation of England and Wales and its members, as it prepares to publish its response.

In 2019 the Department for Transport launched a review into roads policing as the number of people killed or seriously injured on our roads was failing to decline.

ACC Steve Barry said: “What we are aiming for is a safe, secure, efficient and socially responsible roads and motorway network.

“The review provided a once in a generation opportunity to fix the problems suffered by roads policing in recent years. Whether it’s funding, political will, a cross-government approach or a singular decision.

“We have the attention of Government and they are listening.”

The PFEW and its members were invited to provide evidence last year as part of the review. PFEW believes chronic underfunding has severely damaged the ability of most forces to deliver effective Roads Policing and reduce accident figures and we made this clear in our response.

Other findings from the policing review include:

The Government is now looking to launch a cross-government strategic roads policing framework, which will lay out the strategy to improve the service using the findings of the Roads Policing Review which will be published soon.