Use of Force form 'crucial' for officer protection 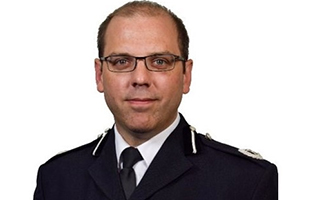 The Federation is backing calls from a senior Met commander for officers to fill out the Use of Force form to protect themselves, their force and improve training.

Deputy Assistant Commissioner Matt Twist is the lead for Self Defence, Arrest and Restraint (SDAR) on the National Police Chiefs’ Council (NPCC). He is strongly in favour of the standardised form for recording low and high level uses of force, which was introduced in April 2017.

He said: "By filling out the form we get really valuable data that will improve transparency and increase public confidence in policing. It enables us to see what works well and what doesn’t.

“We’ve previously lacked an evidence base to back up our use of tactics, so that if we are criticised over an incident, we’re now able to say that in 10,000 other cases there was no adverse outcome. Equally, if every time a particular restraint tactic was used it led to a serious injury, we’d know not to do it."

Last month, the Home Office published most recent Use of Force statistics (covering the year April 2018 to March 2019) which showed 428,000 recorded incidents in which a police officer was required to use force. This was a rise of 36.7% which has been attributed to forces standardising reporting processes – something the Police Federation had previously called for.

Mr Twist said having one dataset for the whole country is a step forward, but forces use different IT systems which means it can take longer to fill out for some forces.

“The Met’s online form can be filled out in a couple of minutes for a lower use of force and emails the officer a record of what was submitted, I know there are some systems that require officers to click through number of pages that may not be relevant,” he explains, adding that he has no plans to mandate everyone to use the same IT, but is pushing for the interface to be as “simple as possible, as well as intuitive and hierarchical to save time”.

Mr Twist believes the recording of data will show over time that the vast majority of uses of force are at the lower end (hands on people and cuffs) rather than using batons and Taser. It should also demonstrate that the simple act of drawing Taser is often enough to defuse a situation without a use of force being required reducing risks to all.

He added that by ending the historical under-reporting of use of force, it will help the police service to develop the training given to officers, and ultimately reduce injuries.

Belinda Goodwin, Secretary of the Police Federation of England and Wales’ Wellbeing Sub-Committee added that officers who don’t fill out the Use of Force form, even for minor contact, could be putting themselves at risk.

She explains: "If there is a complaint to Professional Standards or the IOPC they’ll say, 'have you filled in the form?' and if an officer hasn’t done this straight away, their inference is there must be something to hide. It is a key protection for our members and it also helps to see where forces are failing officers with regards to training."