Tragic loss of ‘kind and loving husband and father’ 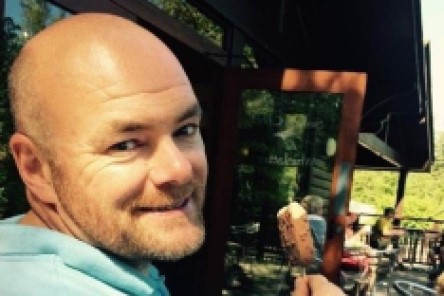 Tributes have been pouring in for the ‘consummate professional’ Police Constable from Cumbria Constabulary who died following a road traffic collision on the M6 southbound yesterday (26 Jan).

PC 1724 Nick Dumphreys, 47, spent most of his career behind a wheel as a member of the constabulary’s Mobile Support Group and tragically lost his life in the line of duty.
Hugely popular amongst colleagues, husband and father PC Dumphreys joined the Cumbrian force in 2003 and was a supremely dedicated officer who took a real personal pride in serving the public.

John Apter, National Chair of the Police Federation of England and Wales, described news of the officer’s death as: ‘devastating and a stark reminder to us all of the dangers faced by officers every day.'

Mr Apter continued: “My thoughts, and those of the Police Federation and entire police service, are with PC Dumphreys’ wife Kat and their family, friends and colleagues at this terrible time.

“Police officers like Nick do what they do to protect the public. Sadly, on terrible occasions such as this they make the ultimate sacrifice and don’t come home to their loved ones at the end of a shift.

“When one of us falls the loss is felt by the whole police family. Our focus is on supporting those who have been affected, and ensuring PC Dumphreys is never forgotten.”

Paul Williams, Chairman of Cumbria Police Federation, said: “All Cumbria Police officers are shocked and saddened to learn about the death of PC Nick Dumphreys, who died in a single vehicle road traffic collision on Sunday whilst on duty.

“Nick’s sudden passing has caused deep shock and grief to the Policing family in Cumbria and across the UK.

“Cumbria Police Federation are working closely with the specialist officers investigating this incident and we will ensure that we do all that we can to support Nick’s family and close colleagues during this tragic time.”

In a prepared statement, PC Dumphreys’ family said: “Nick was a kind and loving husband and father. He was a larger than life character who loved his job and adored his children. His passing will leave an enormous hole in all our hearts.

“We would like to thank everyone for their condolences, help and support over the last 24 hours but we would ask now for some time and privacy to come to terms with what has happened.”

Cumbria Constabulary’s Chief Constable Michelle Skeer said: “Nick was an extremely popular and respected officer, not least because of his professionalism, integrity and dedication to policing in Cumbria.

“Colleagues who worked closely with him would describe him as a consummate professional who you could always rely on. He was a big character with an even bigger heart who always put other people first.

“Our thoughts are particularly with his family today who are devastated at his loss, particularly his wife Kat and his young children.”

Investigators are currently seeking dashcam footage of the incident, and of PC Dumphreys’ vehicle prior to the collision.