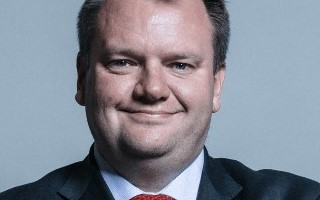 The Shadow Home Secretary offered his support for an uplift in officer numbers and stronger deterrents for those who assault emergency services workers at an online meeting today (Tuesday 22 September).

Nick Thomas-Symonds MP discussed key issues in policing with John Apter, National Chair of the Police Federation of England and Wales, and responded to questions submitted by senior Federation reps.

In normal times, the meeting would have taken place at the Labour Party Conference, but it was decided to hold it virtually due to precautions around coronavirus.

Mr Apter thanked the Mr Thomas-Symonds for the “strong and constructive relationship” the Federation has built with him to date. He added: "This is a really good opportunity to speak directly with the Shadow Home Secretary. It won’t be lost on colleagues that we’ve not always enjoyed such a relationship [with his predecessor]. It can only be a positive thing to have a good strong Opposition in the Home Office, it’s really important.”

Mr Thomas-Symonds spoke of growing up in the South Wales valleys where there was a strong sense of “decency, fairness and respect for the law”, which he said are the values that guide his approach.

He added: “For me the rule of law is sacrosanct. I’m all for legitimate, peaceful protest, but the rule of law is where it starts and ends for me. My political strapline is about keeping you, your family and community safe. There is the amazing, remarkable work you do in ensuring that people who commit crime are caught, and there’s the other bit which is I don’t want people to be victims of crime in the first place. So,  it’s also about prevention.”

The Torfean Labour MP recognised the “difficult thing” police are being asked to do in policing the ever-changing picture of Covid-19 restrictions, whilst being mindful that regular crime, supressed during lockdown, is now back as a focus.

He welcomed the 20,000 uplift in police officers being implemented by the government but agreed with Mr Apter that this needed to be “a starting point”, and at the same time greater effort is needed to enhance the diversity of officers in order give the public confidence.

However, Mr Apter added: “We’re doing so much in the Federation to be truly representative, but when I speak to BAME colleagues, what they don’t want to be is a tick box or in a position because their face fits. They want to be there because they are credible recruits. Policing must be more diverse because that will make the job on the streets, hopefully that much easier.”

On assaults, the Shadow Home Secretary said Labour MPs (Holly Lynch and Chris Bryant) had championed the Protect the Protectors campaign and Labour party remains in support of doubling the sentence of those who attack emergency services.