Roads policing: progress made, but more still to do 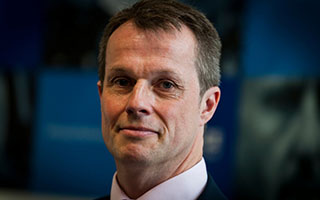 Sgt Tim Rogers of West Midlands Police Federation is a national spokesman on response driving issues. He gives an overview below on the Federation's campaign to secure appropriate legal protection for police drivers.

In 2019, after years of campaigning, we finally got a commitment from the Government to change legislation so that police drivers’ expertise and training is recognised in law. Cross-party support for a change to legislation means that we will no longer be judged against the careful and competent driver that is the expected standard of drivers. But then we don’t expect your average ‘careful and competent driver’ to be going through red lights, crossing the carriageway or exceeding the speed limit to get to an emergency call. All too often police drivers have found themselves facing months, and sometimes years, of legal and conduct proceedings simply for doing their job.

The Federation campaign got underway more than 12 years ago with national Federation roads policing lead Alan Jones pushing it forward with help from Craig Clifton, John Apter and myself. It has to be said that at this stage, however, the focus was not on a change to the law but other solutions.

2007 R v Milton was a significant case which confirmed no account whatsoever can be taken of a police driver’s specialist skills and training. He was initially acquitted on the basis that his driver training allowed him to do what he was doing on the night in question. Of course, on appeal, the law was then correctly applied and he was convicted of dangerous driving. The judgement here helped frame the solution we proposed in 2019, introducing the new test of a careful and competent police trained driver.

Two years later, the 2009 R v Craig Bannister case was a stark reminder of the issue at hand when Bannister was convicted of dangerous driving. There were numerous other cases that focused the campaign including Holden and Houghton et al these led to the introduction of the 2012 Crown Prosecutor’s Guidance. This was useful when applied but, with the then Independent Police Complaints Commission taking most killed or serious injury (KSI) cases, the guidance was ignored, meaning the law was applied and leading to officers being prosecuted.

R v Lowe 2012- 2018 was a prime example of the guidance being ignored despite it fully supporting a decision not to charge. These decisions were the catalyst to start the current campaign to have the law changed as it became increasingly clear we needed a legislative remedy.

A new campaign was launched and gathered apace despite the fact that the then National Police Chiefs’ Council (NPCC) lead for pursuits said he would only support a partial change in the law, prompting the Federation to warn its members of the risk they could face since there were no legal exemptions for careless or dangerous driving.

By October 2017, the Home Office had ordered a review of the situation and in December 2017 Norfolk MP Sir Henry Bellingham introduced his Emergency Response Drivers (Protections) Ten-Minute Rule Bill and won cross-party support.

The bill hit some snags along the way but in 2018 the Government launched a consultation on the proposed changes to the law and by August that year I was confidently saying we were almost there although it was not until May 2019 that a ministerial statement was issued, announcing plans to change the law to give police drivers better protection from prosecution. Now, with the General Election out of the way, the Government has made a firm commitment to implement the new legislation during this Parliamentary calendar year as it was part of the Queen’s Speech. I am grateful for the support received from the Department for Transport, the Home Office and Her Majesty’s Government in making this significant progress.

While the success of this campaign represents a major breakthrough for the Federation, I am equally pleased that our calls for a comprehensive review of roads policing have also met with Government backing. The review has eight key strands and marks a huge step for roads policing and a massive opportunity to improve things since the Government seems to be conceding the 10 years of cuts have impacted on our ability to keep our roads safe. I am pleased that many of the national leads from the NPCC will be speaking at this year’s conference on these key areas. You will also hear from the Home Office regarding the new legislation.

Should we now have a dedicated roads policing force along the lines of the British Transport Police?

I am also keen to ensure we look at officer safety in more detail. Too many officers are getting killed or seriously injured by people prepared to use a vehicle as a weapon. We are training people to the point that we stop the vehicle, tactical contact, boxing, tpac and so on but have nothing by way of tactics for officers once they are out of the vehicle. We need the NPCC to mandate a consistent national solution.

The Federation’s 14th annual Roads Policing Conference will take place on 28 and 29 January in Kenilworth.