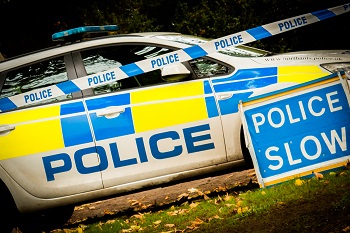 Police chiefs and the Government must make roads policing a priority to reverse years of damage and save lives, says the Police Federation of England and Wales (PFEW) in response to a new report from a transport safety charity.

The Parliamentary Advisory Council for Transport Safety (PACTS), which the Federation is a member of, criticises cutbacks in roads policing and points to a widespread belief that a failure to reduce the number of deaths on the road is at least partly due to a downgrading of roads policing.

Some 1,800 people die on UK roads each year – more than twice the number of deaths from homicides and terrorism combined. A further 25,000+ people are seriously injured.

It states the number of officers dedicated to roads policing in England and Wales has fallen since 2010, including an 18% decrease between 2015 and 2019.

PACTS noted the long-term decline in road deaths and serious injuries has "largely ceased" over the same period.

Responding to the report, Gemma Fox, PFEW roads policing lead, said: “Roads policing is not a nice to have or a ‘we will do it if we can’- but that’s how it has felt over the past 10 years.

“There are almost 22,000 fewer officers on our streets since 2010 meaning roads policing is now virtually invisible - but we cannot possibly replace officers with technology. It is vital the Government and chief officers realise proper policing is a key to the safety of our entire road network. I urge the Home Office to make this neglected area a priority in its recruitment drive and Strategic Policing Requirement.”

Ms Fox championed the presence of officers as a deterrent and stressed this tactic should not be underestimated, adding: “Hundreds of thousands of people use our road network every day and they have the right to feel secure and be kept safe. They deserve dedicated, professional, well-trained officers policing our roads and it frustrating to witness them being let down.”

Around two-thirds of collisions involve excessive speed, a driver over the legal alcohol limit, failure to wear a seat belt, or a combination of these factors.

Ms Fox continued: “We also want to send a clear message that roads police officers are not here solely to perform an enforcement role. Officers exist to assist, guide and protect motorists by providing help and advice, especially on the Fatal Four – mobile phone use, drink/drug driving, speeding and not wearing a seatbelt.

“We welcome the PACTS report and there have been some positive steps forward to address this issue. There is a long way to go and our Roads Policing User Group looks forward to continuing work with key stakeholders as this overlooked area at last comes under the spotlight,” she concluded.

Tim Rogers, deputy secretary of West Midlands Police Federation and the national Federation lead on police pursuits, who worked closely with PACTS on the review, said: “Cuts to force budgets have had a massive impact on roads policing. In relative terms, the number of roads policing officers has fallen by far more than the overall reduction in police numbers.

“Many of the recommendations from this report are in line with what the Police Federation’s own roads policing group have been putting forward for a number of years now. We need to see roads policing prioritised so that we can bring about a reduction in road deaths and serious injuries, so I hope this report will make the Government and Chief Officers consider a change of direction.”

He added: “The track record of cuts and a lack of prioritisation by some chief officers has damaged roads policing.

“I feel this is a very positive time for roads policing thanks to this work and the HMICFRS and Home Office reviews. It is time for everyone to recognise and prioritise its importance. Chief constables must take notice and allocate budgets accordingly,” Mr Rogers concluded.

The PACTS report is published ahead of a cross-Whitehall review of roads policing, with an inspection report by Her Majesty’s Inspectorate of Police and Fire & Rescue Services, and public consultation anticipated shortly.