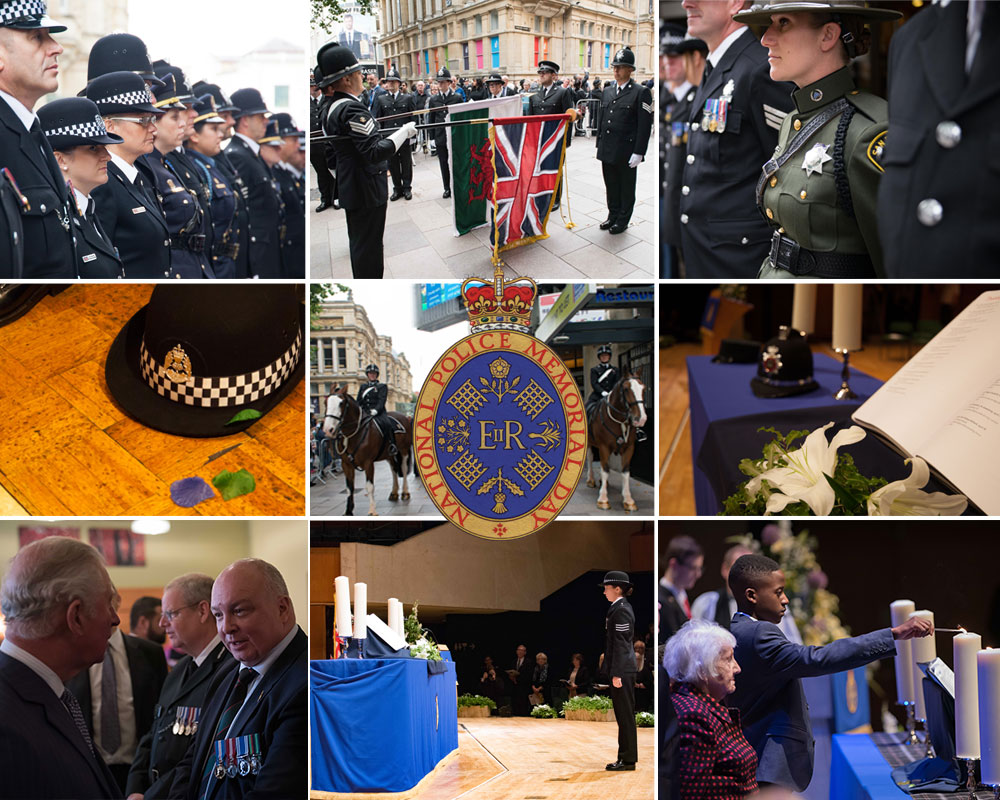 National Police Memorial Day (NPMD) will be held virtually today, for the first time in its 17-year history. This follows the tragic death of a Metropolitan Police officer in Croydon this week, which reminds us of why NPMD is such an important occasion for the policing family.

HRH The Prince of Wales will address the nation ahead of this annual remembrance service which attracts a congregation of thousands from across England, Wales, Scotland and Northern Ireland honours police officers whose sacrifice to public service will never be forgotten.

Filmed during the restriction of lockdown, families who have lost loved ones took part in the service with emotive messages of what this day means to them, lighting candles in remembrance of officers who have lost their lives across the four nations of the United Kingdom.

“The dedication and selflessness that they showed in serving their communities will never be forgotten.”

The British Police Symphony Orchestra will play ‘I vow to thee my country’, with more than 60 musicians who took great pride recording their contributions whilst in isolation from homes across the UK - in Scotland, England and Northern Ireland.

Home Secretary Priti Patel said: “The tragic killing of Sergeant Matt Ratana this week marked a sad day for our country. It reminds us of the dangers our police officers face each and every day to keep us safe.

“And it shows us why the National Police Memorial Day is so important to us all, ensuring that his life and the lives of others who have paid the ultimate sacrifice will never be forgotten.”

John Apter, National Chair, Police Federation of England and Wales said: “Policing comes with a huge amount of risk and this is at the forefront of our minds even more so following the devastating news on Friday when our colleague in the Metropolitan Police was killed.

“National Police Memorial Day ensures that police officers who gave their all are never forgotten. We must always remember them - their commitment and ultimate sacrifice to public service. Every day police officers selflessly put themselves in harm’s way for the sake of others – I thank them, and I am proud represent them.

“Today is an emotional day – a stark reminder of just how precious life is. My thoughts are with the families, friends and colleagues whose loved ones died on duty.”

“Today is so important to the many who make the annual journey to join to support each other and commemorate those who gave us their all. Not being able to meet physically leaves a void, especially for those whose pain is lifelong. I am immensely proud that we pulled together to try to fill that void with our online service and I thank the families who contributed.

“This is an honourable day and a poignant reminder of the dangerous nature of policing. We stand in virtual solidarity to pay our respects.”

Families, colleagues and senior officials from throughout the UK will watch the service at 3pm in remembrance of lives lost.