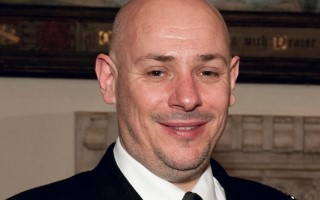 The Police Federation's 24-7 support line which exists to support officers' mental health has been praised as “incredible and irreplaceable” by a Fed Rep who swears by it.

Keith Malda, who has been a Metropolitan Police Fed Rep for six years, has referred around 50 colleagues to the Welfare Support Programme (WSP) during that time.

These have included officers involved in misconduct or who have had harrowing experiences while in uniform, including officers who were on duty during the 2017 terrorist attacks at Westminster and Borough Market.

Mr Malda said: "One officer who I referred to WSP, had performed CPR on a stab victim in Brixton who didn’t make it. She was waiting for Occupational Health to provide help and it was taking so long that I could see her deteriorating in front of me. A counsellor organised by the WSP got her back to work. If not for the WSP we’d have a lot of officers off sick. To me this service is 100% essential. I don’t know what I would do without it."

WSP is staffed day and night by professionals trained in police discipline, Post Incident Procedures and mental health first aid, and access can be provided to counsellors and coaches. The Federation has doubled the budget for the service this year, and it is not only available to officers, but their close family too, via a referral from a Federation rep.

Mr Malda has assisted officers under investigation by the Independent Office of Police Conduct (IOPC) and facing gross misconduct. He added: "It’s not uncommon for an excessive amount of time to pass before the hearing. Police officers like control and if they find themselves completely out of control of their life it’s massive. They need someone who will listen to them and won’t discriminate. They have their Fed rep but sometimes it is nice to speak to someone who’s not connected to the proceedings."

Find out more about accessing the WSP via our Frequently Asked Questions and our leaflet guide to the service.