No, the police are not institutionally racist 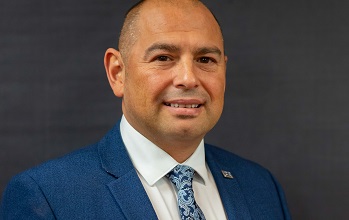 The much-publicised stop by police of Dawn Butler MP was just the latest in a list of recent incidents where policing has been placed under the spotlight and officers accused of racial profiling. Indeed, Andrew George, the interim president of the National Black Police Association, has argued that the stop was rooted in systemic racism.

Yet some of the assertions made about the event have been inaccurate. The vehicle was not targeted because of the race of the occupants (they could not be seen through the tinted windows); it was stopped due to officers deploying natural curiosity and out of a desire to be proactive, complicated only by human error. The keys were removed from the ignition as a matter of precaution and safety; in too many cases vehicles have been used as weapons against officers. Video of the interaction, recorded by body-worn cameras, supports these facts and shows that the officers were professional and courteous.

However, because of the nature of the stop, the profile of the occupant and the media coverage, the focus of debate has been on the officers, rather than on whether the incident itself was legitimate, proportionate and without prejudice or bias. When we start to review incidents in this way, seeking to further the proposition that the police are guilty of racial profiling or institutional racism, it is inevitable that personal interpretations will play a role, whether they are supported by the evidence or not.

As a police officer who has taken an oath to serve and protect without fear or favour, there can be nothing more destructive and damaging than being accused of something you have not done. We only have to look at the impact protracted investigations have on the mental health and well-being of police officers to see this.

In this incident, the officers’ actions have been reviewed and investigated by their force and they have been exonerated; but they continue to be judged and criticised. This is unfair.

Nevertheless, while I speak on behalf of 120,000 members of the Police Federation, I am acutely aware of how interactions with police officers can leave lasting impressions on members of the public. While some will argue that evidence can show us the reality of a situation and that is all that matters, I believe that perceptions are important, too. Somebody’s memory, understanding and ultimately perception of an event is, after all, their reality. Dawn Butler will believe that the car she was in was stopped because of her race, and thus she was profiled or targeted. No matter how much evidence is provided to the contrary, this will remain her perception and her reality. It is wrong to berate her for having this view because I have no doubt that through her life she has experienced racism, and this would affect how she perceives what happened. Racism is abhorrent; and unless you have experienced it, it can be very difficult to understand.

I identify as mixed race, and although apartheid was in its final throes when I was growing up in South Africa, I still experienced it. Since coming to the UK I have been fortunate as I have never experienced racism from any of my colleagues. Does racism exist within policing? It exists in society and therefore in most, if not all, organisations, and yes it does exist within policing. The police service does not condone discriminatory behaviour in any guise and continues to work tirelessly to identify these individuals and root them out.

I do not personally take the view that policing is institutionally racist, yet I do believe that we should do far more to address the policies and procedures which create the perception that it is. These changes will need to be addressed by the leaders of policing as well as officers on the street. We also need to see cultural change, which can only come from the top.

I have been fortunate enough to have worked with two home secretaries from a BAME background. Change is happening. Yet Britain has had only one black chief constable, Michael Fuller QPM, and he left the force 10 years ago. When BAME community members look to policing and particularly at police leaders, where do they see individuals who look like them and share their experiences? Similarly, where are the role models for young BAME officers? A decade since we last had a black chief constable is hardly an advertisement for progression. However, a service that is repeatedly being told it is institutionally racist simply isn’t going to attract diversity.

I have witnessed many attempts to improve representation at the highest levels but none has been a resounding success. All we have seen are endless rebrands of existing schemes, when we need something new or truly exceptional.

Changing the perception of the police will be difficult but not impossible. However, it is something in which we all have a part to play, and that work needs to be happening now, not later.

This article was first published in the Daily Telegraph on Saturday 22 August 2020.