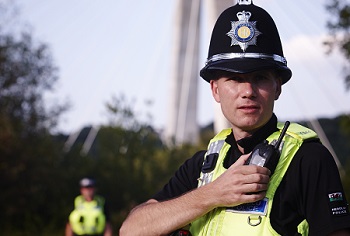 Police from today are expected to adapt to a second raft of regulation changes as the Government eases up lockdown restrictions.

People in England can now spend more time outdoors and enjoy a wider range of activities for any length of time, subject to social distancing rules.

As officers are having to quickly learn and readjust to laws which have been altered for the second time in seven weeks, the Federation has been working against the clock alongside the National Police Chiefs’ Council and the College of Policing to draw up a clear guide for forces.

It sets out what members of the public can and cannot do along with an updated list of reasonable excuses, as well as explaining officers can only enforce the Health Protection Regulations – meaning the government guidance is not enforceable, for example two-metre distancing, avoiding public transport or the wearing of face coverings in enclosed spaces.

Officers are also advised to continue to use their own judgement and follow the Four E’s approach; Engage, Explain, Encourage and Enforce as a last resort.

However, the Federation continues to express significant concerns on the difficulties which colleagues policing borders will face as the law changes in England differ to those in Wales.

In Wales two-metre distancing is enforceable and members of the public can only visit a public space for exercise - whereas in England it is not, and people can spend unlimited time outside for other purposes.

National Chair of the Police Federation of England and Wales John Apter, said: “As the country gradually exits lockdown, these guidelines and laws are going to keep shifting so there must be continuous, clear and unambiguous messaging throughout the entire process.

“However, this does not make the job of our colleagues policing the borders any simpler. Wales and Scotland have not adopted the same approach and will cause huge problems for our members, particularly when people travel across borders to exercise where there are differences in the regulations.”

Other changes include ramped up fines. In England, fine levels have been increased from £60 up to £100 for the first offence, with a maximum sum of up to £3,200.

Whereas in Wales levels of fines remain as per the original Regulations, starting at £60 up to a maximum of £120.

Mr Apter continued: “Police officers across the country are doing an incredibly difficult job in particularly trying circumstances. We have never had to deal with anything like this before, yet my colleagues have stepped up to do all they can to protect and support the public in these unprecedented times. We have engaged with people, reassured them and only used enforcement when absolutely necessary.

“Our officers need the continued support of the public – and the media – so they can keep up the amazing work they are doing at this challenging time,” he concluded.