A North Wales officer who died in a tragic accident has been named as PC Barry Davies from Porthmadog Police Station. 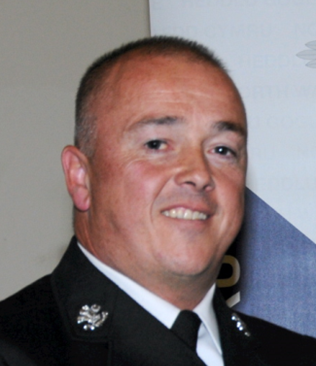 Mark Jones of North Wales Police Federation said: “From speaking to colleagues over the last few days it is absolutely evident that Barry was a hugely respected colleague and friend. It is also clear that Barry was highly thought of by his local community.

“We have received numerous messages of condolence from police forces throughout the UK and this shows that Barry’s loss has been felt nationwide by the policing family.

“Our thoughts and heartfelt sympathies go out to Barry’s family. He will be sorely missed.”

His family also issued a tribute to the officer: “As a family it is very difficult to put in to words what Barry meant to us all.  He was extremely popular and a true gentleman, remaining calm in all situations that life threw at him.

“He worked so hard to become a Police Officer, a job that he loved and was dedicated to.  He also took great pleasure in being an RNLI crewman and karate instructor.

"He lived his life to the full, spending precious and quality time with his partner and two daughters.

“He was a beloved son, loving partner, doting father, caring brother and a dear friend and colleague to all that were blessed to know him.

“As a family we would like to send our heartfelt thanks to all for their kind messages and support at our tragic loss.”

Chief Constable Carl Foulkes said: “As a force we are devastated at the loss of our colleague and our heartfelt sympathies go to his family, friends and colleagues at this extremely difficult time.

“Barry joined North Wales Police in 2013. He was a much respected Police Officer and I have no doubt that this tragic loss will be felt widely across the force by those who worked with Barry, those who knew him and became his friends.

“The North Wales Police family is doing everything we can to provide support and comfort to Barry’s loved ones and his colleagues at what is a very difficult time.”

“Messages of condolences have been sent to us from police forces across the country and I would also like to thank everyone who has offered their support.”

An investigation is now underway to establish the cause of the incident which involved a jet ski off the coast of Pwllheli on Saturday afternoon.