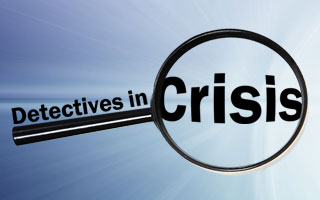 The Police Federation of England and Wales (PFEW) is calling on government to provide long term funding for detectives to address a national shortage.

It follows the findings of an investigation by the Press Association which found that 12,122 devices are awaiting examination by investigators across the 43 forces in England and Wales.

A delay in devices being examined means a delay in offenders being bought to justice and most importantly, a delay in justice being secured for victims.

PFEW National Chair, John Apter, said: "Victims need to have the confidence to report offences and to have the reassurance that it will be investigated in a timely manner. Some of the delays we see up and down the country are unacceptable but are not the fault of our hardworking detectives.

"Today, many more investigations involve the need to interrogate electronic devices, whether mobile phones, laptops or tablets. Some of these can be incredibly complex and painstaking and will understandably take time to do what’s required.

"Some will say these should be priorities, I agree but so is domestic violence, child exploitation, knife crime, cybercrime and all the others. The pressure on policing continues which is why a long-term funding formula is needed to give chief constables and police and crime commissioners the ability to plan."

He added that officers are currently “overwhelmed” by the amount of digital evidence they are faced with, and mounting workloads leads to a self-fulfilling cycle of forces struggling to attract new detectives.

South Yorkshire Police had a backlog of 370 unchecked devices according to the Press Association study.

Steve Kent, Chair of South Yorkshire Police Federation, said: "Our force was one of the hardest-hit by austerity. We went from 3,400 officers down to 2,500. The force has introduced a rotation system that hasn’t gone down well, and a £2,000 bonus for hard to fill posts, such as in the Protecting Vulnerable People area. There are currently 76 sexual assault cases on the queue, so this is a vital area. The rub comes for colleagues not in PVP who wonder why they are not a priority for the bonus.

"So, the force does seem to be trying to recruit more detectives but of course the situation will take a long time to turn around.”

PFEW’s Detectives in Crisis campaign continues to highlight shortfall between demand and capacity in investigative policing and to call on senior officers and PCCs to redress the balance.