Blog: ”Who’s going to look after the team if you fall over?” 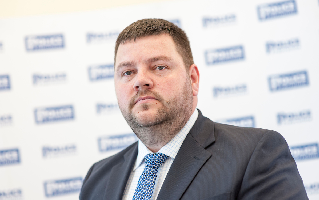 The Police Federation of England and Wales’ (PFEW) Deputy Lead for Roads Policing, Steve Taylor, talks about the importance of mental health and wellbeing for supervisors

“It’s very hard to look after the welfare of others, without having half an eye on your own welfare. It’s not big, or macho and shouldn’t be encouraged for you as a supervisor to be taking all those hurdles on your own shoulders, only for you to fall over yourself. Who’s going to look after the team then?

“Supervisors mustn’t be encouraged culturally to put their own welfare and wellbeing on the back shelf. It’s vital that supervisors are cognisant of their own welfare and their own mental health and wellbeing. Are you being supported by your line manager? It’s all well and good taking the directives of the organisation in one way but are you standing up and asking for help from those above you, from your peers? We know that trauma and roads policing are close bedfellows, and we know also that trauma affects every individual uniquely, that applies to every officer, including supervisors.

“Mental health considerations should never be a tick box exercise and looking after the welfare of officers is becoming more and more recognisable as a measurement of a good supervisor.

“But supervisors are human too – yes, they earn their money acting as a shield to the pressures of the job, encouraging and setting the right example to their team. But, the stripes, or ‘pips’ that supervisors wear don’t protect them from the trauma that their teams deal with. Setting a good example is important for any decent supervisor, as is recognising the impact that trauma has on your own health. Asking for help when help is required and recognising the signs in yourself – these are all tenets of a strong supervisor.”