Blog: Members’ welfare must be our number one priority 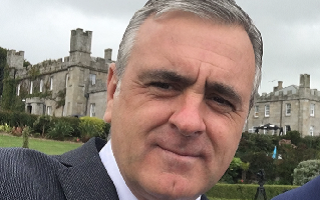 As part of our month-long focus on conduct and performance, George McDonnell, a Conduct and Performance Liaison Officer (CAPLO) from West Midlands Police Federation shares his biggest concerns and achievements in the role.

"I became a CAPLO after I was subject to a lengthy investigation myself. In terms of what is a priority, members’ welfare must be number one. You soon realise it is not just them going through what is often described as a living nightmare, it is their partners, children, wider family members and colleagues at work. It impacts several people. I understand nationally this has and will continue to be addressed as it is an essential piece of work.

"In terms of leading change, our monthly meets with other national leads can only continue to improve on this in what we can offer and more importantly to work with our own forces in making sure they, whom ultimately have responsibility for the officers’ welfare, put the right protection measures in place.

"I have been fortunate in having received many plaudits in this role - kind words, emails and cards that can often be very personal from officers and their family members explaining how the support given to them has been invaluable. Some of the stories and messages are incredibly humbling and so understanding what our colleagues go through is most probably the reason we do it. I have also received a Chief Constable’s Award in recognition of outstanding support to our members, which is most unusual, so that too was well received.

"Our members expect us to represent them, to bring their concerns and issues to the department’s investigators, as well as their command team. Whilst achieving this in the most appropriate way, we must be cognisant of the logistics some investigations often present, so of course we must be reasonable around our members’ expectations. This can often be a challenge in itself.

"My biggest challenge and achievement is maintaining a relationship with our Professional Standards Department (PSD) when, as often happens, we disagree on how, why and when decisions are made in relation to members. I suppose this is testament to how relations between the Federation and PSDs have progressed."