New figures indicate Use of Force recording is vastly improving 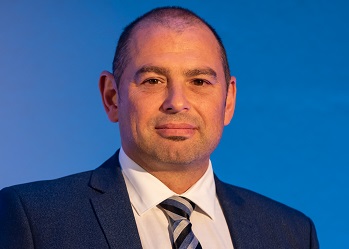 New figures relating to police use of force indicate that recording of the tactics used has greatly improved due to standardisation.

Today (19 December) the Home Office has published its Use of Force statistics for the year April 2018 to March 2019 which reveal there were 428,000 recorded incidents in which a police officer was required to use force.

Last year 313,000 incidents were logged – indicating a rise of 36.7% which the Police Federation of England and Wales, as well as the Home Office, attribute to forces standardising reporting processes – exactly what PFEW had previously called for.

In April 2017 the Home Office introduced new forms aimed at providing an accurate record of the type and frequency of officers’ use force on a day to day basis. Every time an officer uses any type of force they must record the details.

As such this is only the second year data has been available. And the report authors’ acknowledge it still does not provide an accurate representation due to ‘discrepancies and constraints’ in recording. They also anticipate the figures will continue to rise over the coming years as a result.

Reacting to the findings, PFEW National Vice-Chair Ché Donald said: “At first glance these findings may look startling given the substantial increase in recorded incidents, but it is highly likely that this is due to the standardisation of recording practices rather than a spike in the number of incidents where officers needed to use force.

“The decision to use force of any type is never taken lightly by any officer, and all use of force must be lawful, necessary and reasonable in all circumstances. Also when you consider the millions of incidents police officers deal with a year they clearly show we are still a service which polices by consent.

“Greater investment in technology within the service has also led to a wider roll-out of body-worn video cameras to improve the safety of colleagues and gives an additional layer of accountability for officers undertaking their day to day duties.”

Adding: “It is positive to see better recording as this gives us a clearer picture of the threat and challenges my colleagues face. It is important these stats are now analysed so the safety training officers are provided with appropriately mirrors the situations they are facing on the streets.”

Conductive Electronic Devices (CEDs), which are more commonly known as Taser, were used in 23,500 incidents, although the device was not discharged in 85% of these incidents.

Last year the figure stood at 16,900, showing a 39% rise - however the discharge rate remains the same.

Mr Donald continued: “With the Government, and an increased number of chief constables, backing a wider roll-out of Taser, it is unsurprising there were more incidents where this tactical option was selected.

“But the fact that the figure for instances where the Taser was drawn but not discharged remains so constant reaffirms how effective it can be in deescalating situations. The red dot alone continues to be enough to diffuse a vast majority of incidents without the need to pull the trigger,” he concluded