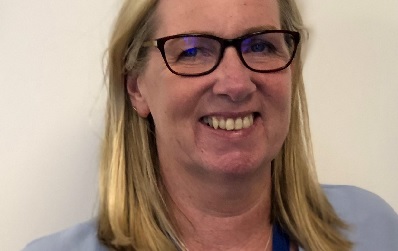 Today I’ll be speaking at the Emergency Services show where I’ll be highlighting just how important it is to look after both your mental and physical health in and around the job; something I know very well being a police officer myself for 17 years.

My knowledge and passion around this vital topic lead me down the path of becoming the Wellbeing Secretary for the Federation where I have been working for almost a year now to bring about positive change.

First, we decided to breakdown wellbeing into sections, encompassing mental health, physical health and finance, so we can home in on each one individually for a much clearer picture of how we can make progress in each of these areas. Now, finance may not be the first thing that springs to mind when you think of wellbeing, but I frequently hear from colleagues about the impact of struggling to make end meets - especially those with a family or a mortgage.

Almost half of our members who took part our last Pay and Morale survey admitted they worry about finances on a daily basis, whilst others said they cannot even afford essentials with some living off food vouchers. This piles just even more pressure onto officers who are already juggling a very stressful job and ultimately impacts their mental health with feelings of worry, anxiety and sleepless nights; this brings me on to another key topic we’re currently exploring - fatigue.

Tragically we lost a couple of officers just before Christmas who had crashed on the way home from their shifts. It would not be right to pre-empt any coroner’s verdict, but you have to consider if their level of tiredness would have contributed.

Fatigue makes it incredibly difficult, and sometimes dangerous, for police, or in fact any other emergency service workers, to carry out their duties. Not only this but it can also have a detrimental effect on family and social life.

The Federation’s Health and Safety Committee is currently working alongside Dr Paul Jackson who also gave a fascinating talk at our conference last year. Dr Jackson is the founder of Clockwork Research which is a leading fatigue risk management consultancy especially for the aviation sector.

We’re delving into the details around sleeping patterns and naps, trying to work out how police officers can take effectively powernaps during shifts late shifts for example. If you look at the NHS and Fire and Rescue Service, they have been successfully doing this for years. It is very early days, but it is exciting to be working on this.

Our research team is also collecting data around police suicides as the picture is not clear around this because forces do not collate this information which I consider quite shocking. So, looking at gender, age, ethnicity and rank, we can begin to build up a picture so we can put measures in place to better understand the issue. Obviously, we do not know what is going through the officer’s head at the time they tragically decide to end their life – but we hope we can make a difference in the future by analysing this data and working alongside chiefs asking them: “what more can you do for your officers to help prevent this?”

Last but not least, we are looking at how we can improve the physical wellbeing of our members through the power of a better uniform. Officers frequently express woes over their body armour as the carriage section is often too heavy. Now this may seem like a minor thing, but when we see officers turning up to The Police Treatment Centres - many are in pain because their body armour is damaging their necks and backs. Not really a minor issue when you consider the impact this will have on them carrying out their duties!

In 2019, worryingly, there is still not enough emphasis going on in forces around the mental health wellbeing of officers.

Chiefs and senior leaders need to realise officers on the frontline are their assets; they are the people they need to look after, and they need to invest in them so that they can work in a safe and a comfortable environment where they feel supported. In turn we will see a happier, healthier workforce who can carry out their duties to a standard they are proud of and protect the public they serve.