Blame culture a thing of the past 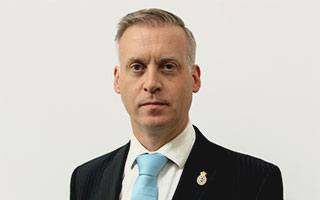 The Federation welcomes changes to the Conduct & Performance arena which will make the procedure fairer and less stressful for officers in the future.

A new Performance Requires Improvement (PRI) process, where officers will take part in Reflective Practice - similar to the old Local Resolution or Management Action system - has been rolled out to forces by the Home Office.

In essence, it is a more informal way to record and resolve lower-level complaints where learning can be made, both for the officers and the force involved.

A key part of the changes include the misconduct threshold being raised - meaning all low-level matters will be dealt with through the PRI process, with misconduct processes being reserved for matters so serious that at least a written warning is required.

If an officer is found to be underperforming, or if their conduct does not amount to the new definition of misconduct or gross misconduct, their Professional Standards Department may refer them to undergo the PRI process with their line manager.

Once notified in writing, a line manager (the reviewing officer) will conduct a proportionate investigation including asking for an account of what happened within five days, encouraging the officer to be open and acknowledge the effect of their actions and whether they have taken any measures since to learn as part of the Reflective Practice.

Following steps will include the reviewing officer drafting a report with what actions, if any, have been agreed with the officer in question - for example, extra training, mentoring or learning.

In some cases, there may be a referral to support services and additional welfare, or it may be appropriate for an apology to be issued either from the officer or the force to the complainant.

The main objective will always be to embed learning and ensure performance is improved as quickly as possible, therefore there are no sanctions and officers will not be prevented from applying for or obtaining promotions or transfers.

It is hoped the reforms will promote a shift away from blame culture as well as giving managers the confidence to rapidly deal with lower level issues in a much more proportionate and sensible manner, without involvement from their PSD.

Police Federation Conduct and Performance Lead Phill Matthews said: "After many previous reforms and incarnations of the conduct regulations the Home Office has listened to our concerns and created a process to try and embed a learning, performance culture into policing.

"The whole 'blame culture' – a belief that any deviation from the standards of Professional Behaviour has to be put through a misconduct process – belongs in the past.

"There needs to be a shift in mindset whereby forces are alive to the fact that mistakes, errors or poor working practice can be corrected and learned from -not just by the individual but by the whole service - and learnt from quickly.

He added: "Not only is a formal written warning a serious stain on an officer’s record, but misconduct hearings brought for mistakes which could have been dealt with through more appropriate means, cause unnecessary stress for members who are under enough strain already. The formal misconduct process should in future be reserved for the most serious of cases only.

"There will also be opportunities throughout formal misconduct proceedings for matters to be weeded out into the Reflective Practice arena as more info comes to light which should result in more timely investigations. This is something we are campaigning tirelessly for. There have been far too many dragged out investigations in the past which have been damaging for the officers involved."

Forces will be issuing training and guidance to managers in how to action and record matters dealt with in this way, but local Federation Representatives will also be more than happy to provide advice to managers.

Some forces have already begun to trial the new system, with the rest expected to adopt it once the new Conduct and Performance regulations land early next year.

Mr Matthews concluded: "We very much welcome these fairer and more sensible reforms and hope all senior and chief officers will support implementation to make a real and long-lasting difference to our members and the public we all serve."