Why do we need Men’s Forums in the police service? 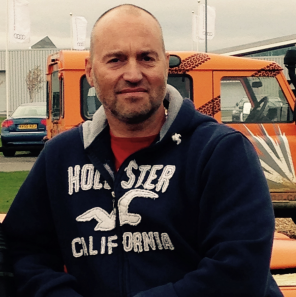 The idea of creating a Men’s Forum was raised last year at one of the Chief’s Diversity, Equality and Inclusion Boards and the Chief gave me the green light to start the process of creating a new help forum. Essex already had a fantastic web of support networks such as the LGBTQ+, Women’s Leadership Development Forum, Disability and Carers, Menopause and MESA, etc but we did not have a dedicated support network for 66 per cent of male police officers in Essex.

Chief Constable Ben-Julian Harrington understood that our force needed a support network for men and that having one would make Essex Police truly inclusive. Male officers have their own unique issues requiring support and Essex Police has looked to value this alongside other support networks. It is of course, important to stress here that the idea was not have a misogynistic, white, heterosexual, male forum. The forum is fully inclusive, regardless of race, gender, and sexuality identity, membership and meetings are open to all. The forum is a platform where men can hang their machismo anorak at the door and speak openly about matters that directly and indirectly affected them. To further assist openness, we also leave our ranks and surnames at the door.

We launched the forum in September last year and have ambassadors in every department of the force with DCC Andy Prophet being our lead ambassador. We have already held several events since our inception dealing with some of the key aspects of men’s health and wellbeing.

It often starts in childhood. Children are told that 'boys don't cry’ and told to ‘man up’ if they display emotion. They are conditioned from a very young age that expression of emotion is a sign of weakness. This is one of the reasons men attempt self-medication and destructive self-management behaviours instead of seeking help through established channels. There is also a higher level of substance and alcohol usage among males, which is often seen as an unhealthy coping mechanism. Men are nearly twice as likely as women to resort to alcohol dependence. Alcoholism is a known to increase risk of suicide as it deepens depression and increases impulsive behaviours.

Communication is a key element to changing this culture. It is too simplistic to say that women willingly share their problems while men tend to be illusive. However, it is also true that for generations societal norms have encouraged men to be ‘strong’ and not admit they’re struggling. Therefore, men are less likely to talk or ask for help while bottling everything up. In many cases suicide seems to be the most logical and caring action to take because they believe their family and loved ones would be emotionally and financially better off without them. Though it is wrong, it’s a common thought pattern that arises from lack of support when dealing with low mental health.

Aristotle once said: “Give me the boy until he is seven and I shall show you the man”. It took me more than 50 years to talk about the trauma I had faced in childhood at the hands of a psychologically abusive and cruel parent. Deciding to open up and talk about my past, has been very cathartic and healing.

We recently held a ‘Time-To-Talk’ event where two of our members spoke openly about their observations and experiences. The first member talked about setting up the charity ‘Call 4 Backup’ after his friend and colleague took his life following the breakup of his marriage. The other member spoke about his recovery after a mental health breakdown and how having the Men’s Forum gave him a platform to help both himself and other men who found themselves in a similar situation.

We supported Prostate Cancer Awareness Month is several ways. Firstly, we conducted a march for men where a dozen of us volunteered to engage in 45 minutes of physical activity every day and raised funds for Prostate Cancer UK. We had aimed to raise £1,000 but raised more than £1,800.

We also held a prostate cancer awareness event during which a spokesman from Prostate Cancer UK gave insights into prevention and treatment. Our speaker was one of those who had lost his father to this cruel disease, and later he had also been diagnosed with it. He successfully overcame it because of an early diagnosis and his insights were fascinating and informative, highlighting why it is important to get tested.

To further support our men and trans women, we arranged for the CHAPS Men’s Health Charity to attend our HQ to screen our members. CHAPS was set up 22 years ago to support men’s health, particularly prostate cancer. They attended with a team of consultants and phlebotomists to obtain blood samples for Prostate Specific Antigen testing, which is crucial for early diagnosis. A total of 129 samples were taken and the anonymous results found two of them showed high risk, which were referred for further investigation. The cost of the test was just under £6,000 and was funded by our very supportive DCC.

We became involved in the Violence Against Women and Girls (VAWG) campaign to show our solidarity and support to the cause. Since it has been found that most perpetrators in these cases are men, we wanted to send out a strong and powerful message as a men’s forum supporting the campaign.

We are now planning an event to provide support to fathers who have suffered infant loss. During times of such tragedies, fathers are often forgotten though they are discharging supportive roles for the mothers. However, very little to no support is offered to them. Three of our members’ families have lost seven children between them and they all share their experiences and offer solidarity.

As former athlete and now motivational speaker Kriss Akabusi said at this year’s Annual Conference: “Nobody cares how much you know, until they know how much you care.” Caring about men’s health is not at all misogynistic and at Essex our recruitment slogan is: ‘We Value Difference.’ So, let us value difference and let us also care and value our men.