The surreal reality of policing the train strikes 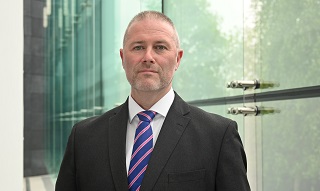 National Chair Steve Hartshorn shares his observations about 139,000 police officers, who have been consciously denied a real term pay rise for 11 years, policing the UK's biggest train strike in 30 years.

Is it just me or do you also notice the irony of 139,000 police officers across England and Wales, who have been consciously denied a real term pay rise for 11 years, policing a three-day strike caused to address pay conditions of 40,000 rail workers while taking care of business as usual? It is almost sardonic.

This week’s train strikes, the biggest in the UK for more than 30 years, have not only had a disproportionate effect on our roads network, and other non-rail modes of travel, but the now very thin blue line. Our already under resourced police forces had to divert precious limited resources to maintain public order so that the rail workers could appeal to the Government for a resolution of their demands. Of course, the strike by rail workers is lawful and followed a democratic vote by union members who felt they had no choice but to resort to industrial action.

The law of the land prohibits police officers from adopting industrial action and withholding work as it may promote public disaffection towards the Government of the day. At the same time, it brings me to reiterate the question I asked the Home Secretary at last month’s Annual Conference: Why are my colleagues, one of the only groups of frontline public sector workers, being penalized in their pockets? Is it because, as many of my colleagues feel, we do not have a right to strike work? Is this why the Government continues to treat the police as the poor relation of the public sector?

Police officers policing the rail strikes, and other imminent industrial action, becomes a mockery when the growing topic of conversation amongst the rank and file is about the uncertainty of achieving a periodic pay rise frozen by the Government since November 2020. Everyone, including police officers and their families are struggling to make ends meet because of the unprecedented rise in costs of living and yet my colleagues in England and Wales are enduring a 20 per cent real terms wage cut set against inflation since 2010.

Some regional police federations have started handing out food vouchers to help police officers cope with rising costs of living, as they continue to respond to calls and protect the public despite the poor pay conditions. The Government has gone into a recruitment overdrive when many police officers are contemplating to explore alternative professions to maintain the minimum living standards for their families. Retention is as crucial to successful policing as recruitment, and it must be high on the Government’s agenda.

More than a decade ago, the Police Federation of England and Wales (PFEW) had cautioned the Government that wage cuts would have far reaching consequences. The Government’s response was that we were ‘crying wolf’. Well, now the wolf is staring right into our eyes. Yet again it is for the police officers up and down the country to pick up the pieces and do what they know best – serve and protect our communities, while they continue to make ardent appeals to the Government for resolving their own poor pay conditions.

The police officers of our country are not asking the Government for a favour. They are asking for their rightful entitlement – Fair Pay!

It is never too late to correct a wrong and acceptance is the first step. The Government still has time to take steps in the right direction to rectify yesterday’s mistakes, and PFEW urges the Government to heed to legitimate and increasing concerns of police officers so that the 999 service gets its long overdue pay rise later this year to cope with high inflation and skyrocketing cost of living crisis.