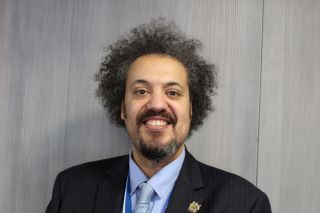 It has been positive to see the steps that the Police Federation of England and Wales (PFEW) and police forces have played in focusing on women’s health in recent years. Taking strides to understand and create provisions on issues such as Menopause and the unique support that our female colleagues require in a such a complex role. For some however, Men's Health hasn't been seen as a priority in policing and not enough focus has been placed on it.

Male colleagues also experience physical and mental challenges in roles that are regularly exposed to challenge and trauma. Mental health concerns have previously been enveloped in the perception that it is weak to show feelings as a male, and this can weigh heavily on many male colleagues mental health.

‘Men are not robots.’ Alcohol abuse and gambling are just a few unhealthy and self-destructive manifestations of managing trauma and mental health issues when professional help is not sought. Depression and anxiety attacks are often triggered and exasperated by work related trauma.

Death by suicide is, sadly, too often, a reality. Men need to be transparent and open about their feelings and management of traumatic events. We need everyone to be advocates, to check the unhealthy stereotype that men and police officers should toughen up and ‘man up’ rather than seek support to deal with their mental health issues.

However, it is not just mental health issues we need to be aware of. With one in every eight white males and one in every four black males being diagnosed with prostate cancer, the highest diagnosed cancer in the UK, we need awareness about physiological changes and to change the attitude of male colleagues proactively seeking medical support.

I am proud of PFEW colleagues such as Matt Slade from Essex and Mark Jones from North Wales who have been pivotal in arranging Prostate Specific Antigen (PSA) testing for male colleagues. It is a quick blood test and helps highlight the risk of prostate cancer, vital for early diagnosis and treatment. Working with local forces and support from Chief Officers can make a difference in the fight against early detection of prostate cancer amongst male colleagues. We need to do this in every police force.

PFEW’s campaign, Hear ‘Man Up’, Think ‘Man Down’, brought to light these important issues around men’s health. We all have our part to play in improving physical and mental health for officers. Let’s work together to make a difference for men's health.