Hold the line, we’re in a crisis 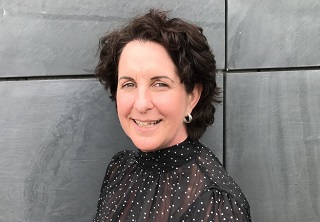 Tiff Lynch, Deputy National Chair of the Police Federation of England and Wales, considers the current crisis in policing.

“Hold the line” is a phrase and tactic used by police officers when they are faced with large-scale public disorder. It is used as a line of defence.

“We’re in a crisis” is a phrase we currently see across all media platforms.

Both phrases resonate within policing right now. Police officers are working tirelessly 24/7, 365 days a year. They are always on the frontline, responding to people in crisis, running towards danger when others run away. During the pandemic, they were on the frontline of the nation’s response – upholding the seemingly ever-changing Government guidelines and regulations while putting their own health and wellbeing on the line.

Inflation is hitting a 40-year high but with pay freezes and below inflation wage rises, our members have faced a 20 per cent real terms cut to their salaries.

Police officers have not had the full support of the Government for far too long. We have heard all of the warm words but these have not been backed by firm action.

All we want is fair pay. Pay that reflects the unique role we play in society, the risks we face and, let us not forget, police officers all too often pay the ultimate price when serving their communities. We also need a truly independent pay mechanism and longer-term funding settlements that will allow police leaders to effectively plan policing services.

It is ironic that our police service is respected across the world and yet our own Government seems to place so little value on it. Ministers repeatedly tell us in public that we are supported and they have our backs. But, words are cheap when they are sticking up two fingers to us while we hold the line in this current crisis.

The caveat was that officers would waive their rights to form a picket line or take any other form of industrial action.

As servants of the Crown, we hold a unique place in society. But it needs to be a two-way street. We forgo the rights afforded to most other workers and in return we need to be treated fairly by Government.

Modern-day policing is in crisis. Police officers are continuing to hold the line and yet, much like Oliver Twist, they are being expected to take the scraps of what’s left. While other public sector workers received a pay increase last year, we were subjected to a pay freeze. Given officers’ efforts during the pandemic, this was a particularly difficult pill to swallow.

It is shocking to me that we are hearing all too often now that police officers are having to go to food banks because they can’t make ends meet.

Due to the price hike on fuel, many police officers are already car sharing, but it’s very hard for officers to finish at the same time each shift. Yes, forces are trying to get officers working closer to their home addresses but what about those officers who don’t want their occupation known and how will forces decide on who will get what station? We work on demand, this simply cannot work for an extended period of time and this current crisis feels like it has no end.

Meanwhile, we are seeing Police Regulations stretched day in, day out, just so we can get the job done with officers often working outside the Regs as they need the over-time payments they receive if they work beyond their regular hours. How can it be right for them to have to work outside the very Regs put in place to protect them just to survive financially?

I think all officers should take the time to read and understand Police Regulations and, if in any doubt about whether they are being adhered to, they should speak to their local Federation reps.

This perfect storm in policing means we are seeing police officers leaving the service, not because they want to leave but because they have to.

How can it be that a newly-appointed officer is having to leave a job she has worked so hard to get into because, as a single mother of two, she cannot afford to live, stating that for the sake of her children and wellbeing, she was better off on benefits?

The police service has been decimated. It is time for the Government to stop feeding officers - our brave officers who are out there risking their lives, serving and protecting the public - the scraps of below-inflation pay rises or a pay freeze, and actually pay them the wage they deserve.

All the while, police officers are there in this crisis, but still holding the line.

During the austerity years, officer numbers were slashed while demand soared. They were trying to tackle so-called traditional crimes while also adapting to the challenges of new and emerging crimes – cyber-offences, human trafficking and child sexual exploitation.

But we still held the line.

While trade unions across so many sectors are currently threatening to strike over pay and conditions, police officers up and down the country are still holding the line, 365, 24/7.

News channels are being flooded with outrage from different sides of the political swamp arguing both sides to fight for or against the right for fair pay.

But we still hold the line.