‘Don’t be frightened to admit you are struggling’ 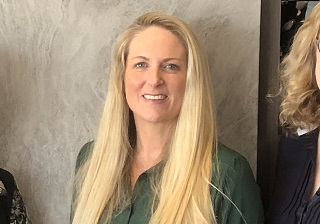 To mark Mental Health Awareness Week, Devon and Cornwall Sergeant and Fed rep Sue Honeywill talks about her struggles publicly for the first time as she continues to recover physically and mentally following a harrowing incident in 2020 where she was driven at and struck by a car.

Sue was diagnosed with PTSD and is currently still in pain as she waits to see if surgery is needed for a knee injury she sustained in the accident. Despite the deliberate actions of the offender, she was only handed a community order which left Sue feeling let down by the criminal justice system which compounded the situation.

Thankfully she is now getting the help she needs to cope with what has happened to her and hopes her story will show others it is okay to admit you are struggling.

While I was on foot patrol in Bodmin, I became aware of a vehicle that was driving in an antisocial manner about 100 metres away, I could hear the car wheels spinning.

I successfully stopped the vehicle and the driver pulled over to the side of the road, it was a young female driver with passengers. Because of covid restrictions at the time, we were asking them to step out onto the pavement so we can safely social distance.

A couple of minutes later she got out of the car but didn’t want to come over to speak to me, at this point she jumped back into the vehicle and started driving towards me.

It was a horrific experience. She was just revving the vehicle and all I could think about in that split second was ‘how am I going to get out of the way?’

I remember running backwards and panicking and the next thing I knew I was on the bonnet, then I was pushed to the side of the vehicle and stumbled but tried my hardest to stay on my feet. I twisted my knee considerably.

She drove off up the hill with great speed, so unfortunately, I couldn’t get the registration number. I was incredibly shaken and shocked.

It wasn’t until the evening I became aware of the pain in my knee, and I just wanted to get home because I didn’t want to show any vulnerabilities being a manager. I was also struggling to rationalise in my head what had happened because it all happened so quickly.

I began to question my judgement as a police officer, whether I had done anything wrong or whether I could have done anything differently to prevent it from happening. I had been a police officer for 25 years and we rely on our gut instincts, but I couldn’t see this coming, so it was a real battle for me as I became doubtful of my skills.

The offender went to court for the assault on me and failing to stop. For me, her being given just a community order didn’t feel sufficient. Rightly or wrongly, I felt let down.

I tore the cartilage in my knee and I’m still waiting 21 months on to be seen to find out whether I need surgery and I’m in considerable pain. For me the biggest battle is not being able to jump straight back into what I had done previously.

I wasn’t eating, I wasn’t sleeping and I noticed I wasn’t as well as I could have been.

I have since been diagnosed with PTSD and I’ve been receiving counselling sessions which have helped me. I’m still quite surprised by this because in my mind, I thought people with PTSD were unable to work, but what I found is I’m high functioning. I am able to manage it, but it doesn’t mean myself and my family are not impacted.

You might not fit all the criteria of PTSD, but I would absolutely recommend that everyone who is struggling in any way seeks some support through counselling or through an assessment, because when you know what you’re dealing with you’re then able to put the coping mechanisms in place.

I know I’m struggling, and it’s been really difficult for me to speak up because I don’t usually speak about my personal life, but we have to accept we’re not just police officers – we’re wives, we’re mothers, we’re partners and if we don’t get that help and support, it won’t be just your work that is impacted, it will be your family as well.

I think we need to be kinder to ourselves and give ourselves a little bit of a break because we do a difficult job and there is nothing wrong with being vulnerable sometimes.

I know I gave myself a real hard time for not being able to pull myself together and carry on, but I now have a new normal where I have to acknowledge I’m still in pain with my injury and I’m not able to exercise like I used to, so I’ve had to adapt my personal life and also my working life.

I’m trying to be more open by speaking about my experience and I hope it helps other people.

You never truly know what’s going on unless we ask, so I would say keep talking and don’t be frightened to admit you are struggling.