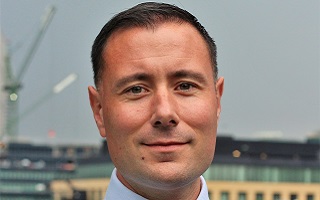 We spoke to career Detective Chief Inspector from City of London Police, Gary Robinson, who has been in the police service for over 20 years.

“I joined the police as a response officer in Chelmsford 20 years ago, which was such a great grounding experience and introduction to policing. Not before long, I realised I wanted to be a detective on complex criminal investigations, to track down offenders, take them to court and see it through to the end but more importantly, I wanted to support victims from start to finish.

“The beauty of policing is that there are so many challenges and opportunities, and this is what makes it such a fantastic job. You can do something for two or three years if you're really loving it and if you’re happy to stay with it then absolutely do, but for me I wanted to experience everything. There are lots of different areas like Counter Terrorism, Public Protection, Fraud and Major Crime, and I wanted to gain as much experience as I could.

“Unfortunately, I think it’s becomes less of an attractive role for two reasons – one is financial and the other is the ‘watering down’ of the role. There is often a lack of investigative experience in policing, so any investigation deemed complicated will end up with CID, meaning you are juggling some major crimes alongside those traditionally dealt with by uniform colleagues – being a detective is a specialism and should remain so.

“I think people are also discouraged by the perceived tough and prolonged training you have to go through. However, I do think it's important that it is a tough two years or so because that ensures you’re a better equipped officer to deal with the demands of the job. Even if you don’t want to stick with being a detective, you’ll have learned skills you can take with you to any policing role.

“It’s a shame that some are discouraged from ‘taking the plunge’ into CID, but this is a career that can open so many doors. I've seen and done things that other police officers may never experience. I’ve worked with great colleagues and together we’ve solved some high-profile investigations.

“I’m very fortunate to work for the City of London Police, which is the national lead force for fraud, we often work collaboratively with other forces – another positive of the role is how we’re continuously learning and sharing best practise. Just last week we arrested a callous individual who administered a fake Covid-19 vaccine to a vulnerable person which made national news. A horrendous crime, but an example of successfully working with colleagues in other forces to find the offender and secure justice.

“I look at the City of London and we've got seconded officers in Interpol, in the United States – and such arrangements are reciprocated. I've been to the States and worked with their law enforcement and it was a fantastic experience – once in a lifetime.

“Working across forces and different jurisdictions, whether that be nationally or in Europe with Interpol, helps us all learn. It gets results, and it’s incredible to come together in one combined effort to capture those that are causing harm, to put them in front of the courts and get justice for victims.

“I truly love my job, and there are so many other reasons why that I haven’t mentioned, but of course I’ve also found it a struggle at times and I can understand why the ‘Detectives in Crisis’ campaign was launched. It is a tiring role and we’re suffering a national shortage, but the core function of being a detective hasn’t and will never change.

“We have to investigate wicked, sickening crimes and whilst processing the detail is traumatic, we do it for the victims and to make society a safer place. It’s important to remember that everybody goes through struggles. Have I been through difficult periods? Of course I have – I’d be lying if I said I hadn't.

"But being a detective can be one of the most rewarding experiences that can offer endless opportunities. There’s something about solving that puzzle and the thrill of the chase of getting that criminal which makes being a detective incredible.”