Leasa Wilkes is a long-serving officer in Dorset. Her work in a sex offender unit put her under strain and she has suffered depression and anxiety. 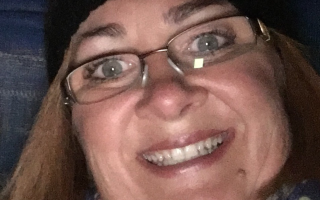 I can conjure up an image of every death I’ve seen, as I can do with the sickening videos I’ve had to watch.

There’s only so much of that anyone can cope with – and then of course you’ve got your personal life on top of that. You can only hold on to it all for so long before you drop something.

I have seen a lot of images and videos of fairly young children being abused and raped and I have to say I think some of my problems started back then. There’s very much an aspect of putting your head in the sand and pretending there’s nothing happening. I did that for a few years; I went back to work and carried on with other things.

If someone put their head above the parapet and spoke about mental health then generally there would be comments made that were not too pleasant about them being a lightweight or a skiver; there’s that on top of the battle of admitting to yourself that there’s something going on.

I’m now working in the Professional Standards Department and it’s quite a negative environment because I have a perception that everyone on the ground hates you, all the complainants you’re dealing with hate the cops and everywhere you go there is some sort of grief. About two years into that I fell off my perch. I went through a stage of thinking I was physically ill – I went through five or six months of having brain scans, various MRIs, X-rays. I was rushed into hospital at one stage thinking I was having a brain bleed – all because of the symptoms I was experiencing.

In the end my GP sat me down and told me I had to accept the reality that my body was creating these things out of the anxiety, stress and depression it was dealing with – and until you admit that, you’re going nowhere. In the five months I had off work, the job started unsatisfactory performance proceedings (UPP) against me. I understand it’s all above board but it’s not very helpful when you’re trying to deal with mental illness to be formally called what people used to call you behind your back.

There was sometimes a consensus that anyone with mental illness was a skiver. The job backed that up by saying that I needed to come back to work. It can feel like you’re being bullied. It felt personal, it felt really difficult. They brought me in for this UPP meeting, which was horrific. You’re off sick and then you’re called in to headquarters for this meeting where they are talking about putting you on half pay. Luckily my rep was there to stand up for me.

The Federation has been amazing. I’m what they call a high-functioning anxiety sufferer. I’m still medicated for it, but there are times when I have really stressful jobs on that I think if I could break my arm now, then everyone would know that there is something the matter with me because they can see it, they won’t think I’m a skiver any more, I won’t have to battle this demon in my head that they all think I’m some sort of oddity. The difficulty is that you are in a job where you have to put a veneer on to get through the day. I don’t care if you’re male or female, the uniform is a barrier and it’s almost as if it’s some sort of invisible armour. Sometimes it doesn’t work. There’s an attitude that we’re cops, we have to cope and I think breaking down that stigma is going to be really hard.