The Police Federation of England & Wales launched a compensation claim against the Government on behalf of members who were victims of discrimination and suffered any ‘injury to feeling’ as a result of the changes to members’ pensions by the introduction of the 2015 scheme. FAQs on eligibility can be found here. However, please note that it is no longer possible to join the PFEW claim if you have not already done so.

The claim is being handled on our behalf by the leading UK and international law firm Penningtons Manches Cooper.

Penningtons Manches Cooper, submitted our pension compensation claim on behalf of members in December 2020, with a second claim being submitted in April 2021 for discrimination arising from the transitional provisions of the Police Pension Regulations 2015. The claims were subsequently processed by the Employment Tribunal and the respondents to the claims (the Chief Officers and the Secretary of State for the Home Department) were given two months to file responses. Subsequently, the claims were stayed (put on hold) pending the conclusion of other similar claims, which include not only the claims brought by other police officers who are represented by Leigh Day solicitors, but also claims brought by the Judges (McCloud) and Firefighters (Sargeant) and other associated litigation.

Members of the pension challenge group represented by Leigh Day Solicitors have been notified that a settlement offer has been made in respect of compensation. As a result, members who lodged claims with PFEW have asked how this impacts on their claim.

PFEW claims are separate to the Leigh Day litigation and the settlement discussions with Leigh Day on behalf of their own clients do not relate to those lodged by Penningtons Manches Cooper (who were instructed by PFEW). PFEW’s claims are not as far along the legal route, and any compensation which may be awarded regarding those claims will be considered by a Court at a later date.

Please direct any queries relating to this claim to pensionclaim@polfed.org. 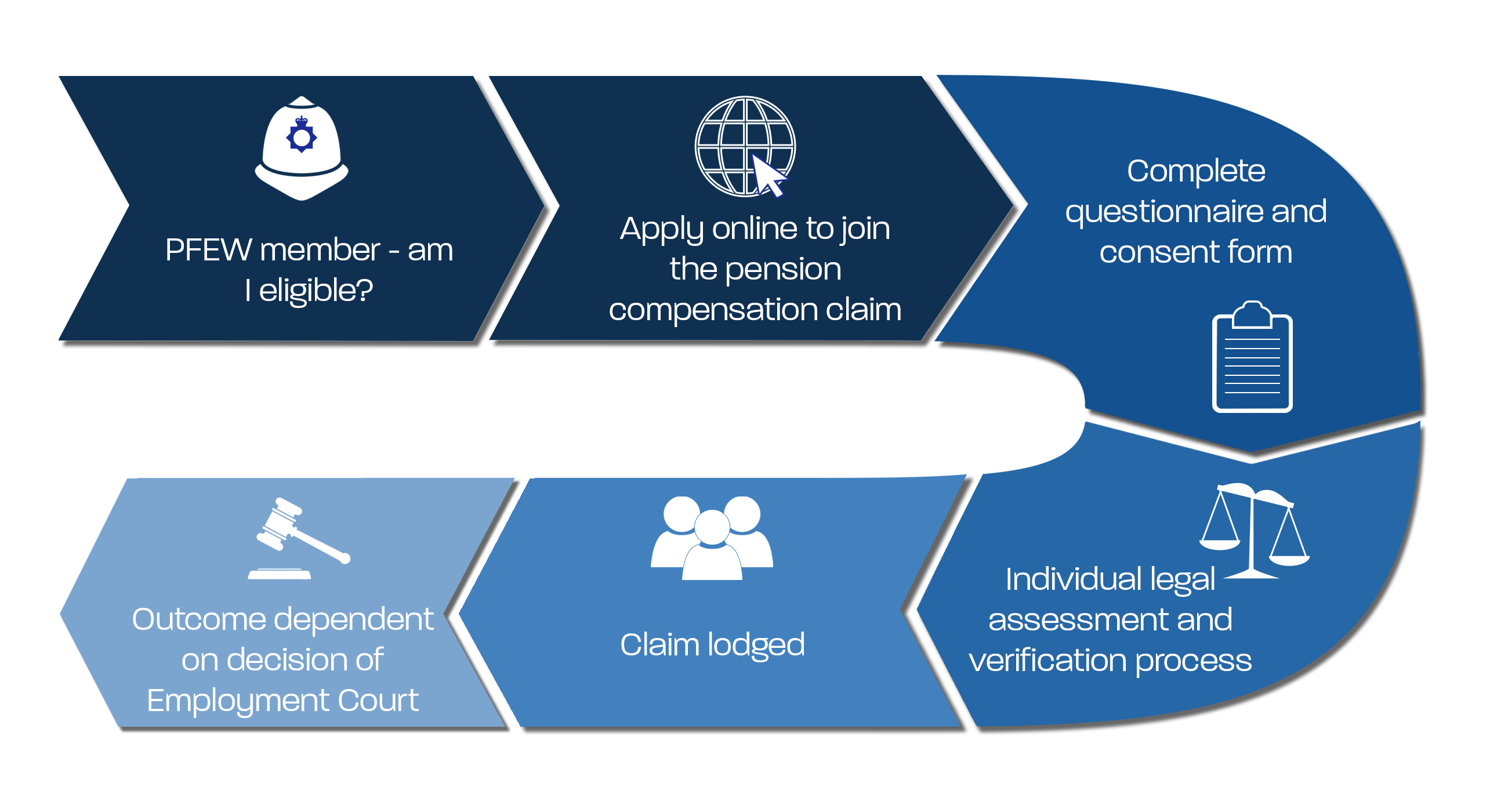