Case study: "The biggest issue is talking about it"

Gary Cable was a Roads Policing and then Firearms Officer with Essex Police. He has retired from the force due to his mental health issues. 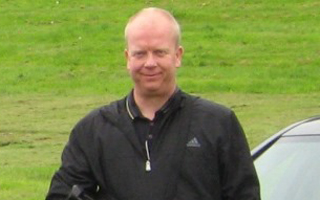 During my time with Essex Police I went to numerous fatal collisions. I think you get to a point where the brain can only take so much – but for me there were two particular incidents that were shown to have triggered my issues.

One of them was seeing a murder when I was off-duty outside of my house. A guy was getting picked up for work and was shot. I saw him standing over the victim firing the second round, and my wife and I both rushed outside to help, so I had to deal with the aftermath of that.

Essex Police were good – they gave me some therapy. I went back to work but what came out of the process was that it was only partly successful.

Police forces need to invest more money and time in the beginning, rather than going through the token six sessions of Cognitive Behavioural Therapy. In reality I probably needed 15 or 20 sessions; that might have lessened the impact and I might not have ended up going down the retirement process. I knew I wasn’t right, especially in armed policing. It is predominately a macho environment and Authorised Firearms Officers by their nature are ‘put up, shut up’ type people, and they have to deal with the hardest criminals and terrorists, so you just knuckle down. In that environment, you don’t want to say anything.

The biggest issue is talking about it. We need to break down the barriers and have officers be able to stand up and talk about things and not be ashamed.

The cracks were clear for me because supervisors were referring to me as a Walter Mitty character and lazy, but if there was some training perhaps they might have been able to identify problems that I wasn’t seeing.

It was only when I got taken out of it and ended up on restricted duties that I looked back and realised I wasn’t quite right. When you’re in the thick of it, you don’t actually realise because jobs are coming in and you just get on with it.

I think there needs to be more training for supervisors, they aren’t aware of the mental health issues and unfortunately if you start slightly underperforming because you’re not well, the shift has targets to reach and you can become a bit of a burden.

The Federation has been good. I still talk to the Fed reps and meet with them, but aside from that there’s nothing. I’m out in the big wide world, there’s no retraining. I can’t be a police officer; I can go and do an admin job somewhere, but there’s no resettlement course or anything to help officers move on with life.

Without the Police Firearms Officers’ Association, I probably would have gone under. The PFOA have been great, but unfortunately, because forces’ occupational health services are being cut, they are on limited budgets so they rely on the charities and the common ground they need to work together on is mental health.