Blog: Sexual harassment – Did you forget someone? 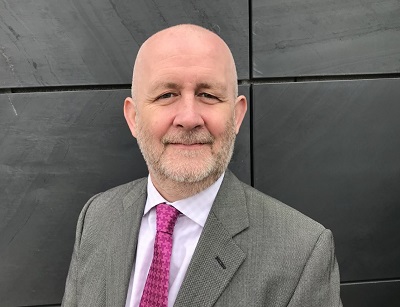 PFEW Equality Lead Ian Saunders highlights how forces must focus on giving officers the confidence to report sexual harassment in the workplace, including treating them as a complainant under the Equality Act, as opposed to just a witness of misconduct.

Our Fed reps across England and Wales are trained to provide support to members who have experienced unlawful harassment and are on hand to guide them through the difficult, stressful process and take appropriate action.

There was a welcome and long overdue focus on the issue of misogyny in the service last year, and no doubt this will continue into 2023; but in much of the commentary, training, and guidance across the service I saw, I couldn’t help noticing a group who had been missed out, or at least not mentioned much – women police officers.

I recently had the chance to look at a draft training package that had lots of information on what constitutes sexual harassment (mostly by men), a very thorough exploration of what it means to be an “upstander” and the importance of supporting the HeForShe campaign (men again), then just passing reference to the fact that subjects of harassment should report it. It unfortunately had very little information about what the force will do for someone who raises a complaint, or their rights.

Anyone can be subject to sexual harassment, and whilst this fact should be recognised, we also shouldn’t lose sight of the reality that most complainants are women.

The media will understandably focus on shocking criminal behaviour and extreme cases, but discussion of criminality needs to be as well as, not instead of, dealing with what’s happening in the workplace. When talking about sexual harassment and misogyny in the service, we all should realise that those most likely to be subject to inappropriate behaviour by a police officer are other police officers – women police officers.

What was missing from the conversation last year was a focus on the person raising the issue. There was much talk about men’s behaviour and cracking down on inappropriate behaviour - but no mention that chief officers are ultimately responsible for any harassment perpetrated by their officers or staff, and complainants can take a claim to an employment tribunal where they could be awarded compensation.

We know our members are often reluctant to report matters as they do not have confidence in forces’ grievance/fairness at work procedures - our chair raised this with the Home Affairs Select Committee only last week.

Forces should be explaining what someone reporting sexual harassment can expect to happen, and how they will deal with complaints and within what timescales. Our members tell us they are reluctant to raise issues as they do not have confidence they will be treated as a complainant instead of a police witness to misconduct, and it too often appears that’s how the service wants, and expects, them to be treated.

I think any training on sexual harassment should explicitly call this out as unlawful behaviour and that those subject to it may have a claim for monetary, or other, compensation from their chief constable. To not do so is not giving full information to someone who is likely to be already under considerable pressure.

Last year, HMICFRS reported on an inspection on vetting, misogyny and misconduct in the police service. The report included nine case studies concerning police officers where their Professional Standards Department had not taken the matters seriously; all the officers could have had a viable claim of harassment under the Equality Act.

In several cases it is said there were potential criminal offences that the perpetrators had committed, but there was no mention of the Equality Act, or that with the Federation’s support, the officer could have brought a claim against the force.

To retain control of what happens to them it is important Federation members know their rights and are able to reach out to their Fed rep for support in order to raise a grievance/fairness at work complaint.

This can be a difficult thing to do – not only because the complainant will be reliving embarrassing and unpleasant incidents, but also because grievances can take an inordinate length of time which increases the stress and trauma of complaining. The process should, however, place the complainant at the centre and not just as a witness to another’s misconduct.

I know some of our members think of the Federation as their support for when they are subject to a complaint rather than for when they make one. The reality is whilst we do support every officer subject to a misconduct allegation (we were established by Parliament in part for this purpose and have a duty to do so irrespective of the circumstances), anyone accused of sexual harassment would have no recourse to member funds to defend themselves.

On the other hand, if a member of ours is subject to unlawful harassment at work, we can use member funds to take a case to an employment tribunal. We can also support them should the force require them to act as a witness in the discipline process. Both processes are difficult and stressful, and no-one should have to go through them alone.

That some of our members don’t instinctively turn to us for assistance when subject to harassment at work because of an incorrect assumption that we just support members accused of misconduct is a failing of ours. The fact our members’ assumptions are wrong is our fault, not theirs. We must do more to address this and make it clear we are there for them.

Next week, I am leading a training session for reps from around the country on sexual harassment so we can continue to ensure everyone across the Federation understands our role. All of our 43 branches are large enough to handle supporting both a complainant and an officer under investigation without a conflict, but we need to do more to make that understood by our members.

When we support officers we are led by their wishes to achieve the outcomes they desire - we should be their first port of call when things go wrong.