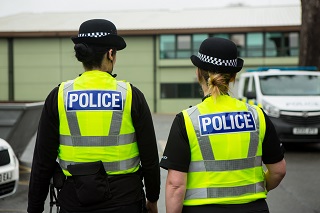 The Police Federation of England and Wales (PFEW) has condemned forces for failing police officers who have been victims of misogynistic and predatory behaviour.

Today [2 November], His Majesty’s Inspectorate of the Constabulary and Fire and Rescue Services, released a damning report on vetting, misconduct and misogyny.

It stated, “too many warnings have been ignored”, pointing out that forces consistently and repeatedly failed to implement recommendations designed to tackle such behaviour.

An alarming number of female officers and staff who responded to its recent survey alleged appalling behaviour by male colleagues. Their allegations included sexual harassment and serious sexual assault.

Inspectorates examined 264 complaint and misconduct investigations, and in almost one in five cases, stated it was “unimpressed” by the force’s decision-making.

Responding to the report, National Chair Steve Hartshorn, said: “As the report points out, too many warnings have been ignored and the inaction of some forces to prevent and tackle misogyny and predatory behaviour is unacceptable.

“In these disturbing case studies, an officer is referred to a as a number, but ultimately, they are a victim with a voice. We have seen time and time again the horrific impact this behaviour has on our members, who, all too often, aren’t taken seriously, and evidentially are being failed.

“What is not covered in the report is the number of officers with non-disclosure orders imposed on them, who have been silenced by their force from speaking out. To bring about further positive change, PFEW will be campaigning for forces not to utilise non-disclosure orders to ensure learning, openness and transparency.”

These should include the right to complain about the conduct of officers concerned with the handling of the allegation, its recording and investigation, and the right to appeal against the outcome of such a complaint.

Mr Hartshorn continued: “We are pleased His Majesty’s Inspector of the Constabulary has recommended police officers are afforded rights similar to those held by members of the public who make criminal allegations, including the right to appeal against the outcome of a complaint.

“We, as a Federation have been advocating for this for some time now, and it is imperative it is brought into reality, so this doesn’t become another report filed away forgotten about.

“It is completely unacceptable, and unjust, that officers do not get same support as other victims.

“Culture change is desperately needed, and this starts from the top through strong leadership, but as it stands, the current environment is deterring officers from reporting misogynistic and predatory behaviour.”

The investigation also found shortfalls in the vetting process.

Inspectorates reviewed hundreds of police vetting files and found too many cases where individuals should not have been allowed to join the police, including officers with criminal records or links to organised crime.

It highlighted the demand placed on vetting units to be an aggravating factor, with staffing levels in some units falling short of what is required to cope.

As a result, forces have been asked to, as a minimum, conduct pre-employment checks which verifies an applicant’s previous employment history for at least the previous five years.

Mr Hartshorn added: “There is no place in policing for misconduct and we condemn any dishonest or inappropriate behaviour which taints the reputation of our incredible police service.

“The vast majority of police officers work tirelessly with dedication and professionalism under extremely demanding circumstances to keep us safe, and they act with integrity and respect.

“The report rightly points out ‘the majority of police officers and staff meet – and often exceed – the standards of behaviour the public have a right to expect’.

“From the early stages of the uplift programme we saw cracks begin to emerge with vetting processes as chief officers were put under pressure from the Government to hit their uplift programme recruitment targets. It is important this problem has finally been acknowledged publicly as it cannot continue,” he concluded.