In partnership with Force Chiefs and her local Fed branch, Queen’s Nurse Maria Hughes, Head of Medical Services and Wellbeing at North Wales police, has been running a pioneering prostate cancer testing service for two years. In Men’s Health Awareness month, she urges male police officers and staff to log on to the Graham Fulford Charitable Trust (GFCT) site and book a test in their area.

It was through my partner I came across the Graham Fulford Charitable Trust (GFCT), which was set up by Graham to promote awareness following the diagnosis of a close friend who died at the age of 58, and a close family member who died of prostate cancer. My partner was commissioned as a phlebotomist as part of an event organised by the Lions, which assessed over 300 men (not only in the emergency services) in North Wales. 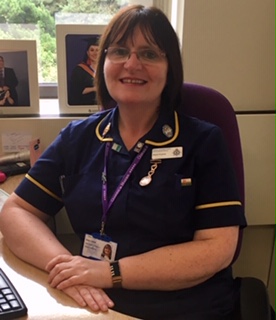 I wondered if North Wales police would support me in setting up a similar event and approached the Deputy and Chief for funding. They agreed right away and have been exceptionally supportive. I also received the full backing of North Wales Fed, and they assisted with the use of the branch office for the first event.

This took place in June 2019 and was a huge success. It resembled a social club and colleagues loved the informality and opportunity to catch up with people they hadn’t seen in years. Since then, we’ve done a total of nine successful events, and have now set up others across the entire force.

During this period, we identified 16 staff members with ‘red’ flags, and five with confirmed prostate cancer. None had any symptoms, but after treatment, all five returned to work.

For colleagues who attend our events, they only have to take a blood test. Then this is sent for testing, and the rest is entirely confidential via the Graham Fulford Charitable Trust. Prior to the testing the full implications of this are explained.

Via email, those tested receive a green, amber, or red result. Green is good to go, amber means a retest in six months, and red means you need to have a discussion with your GP. It should be highlighted this may not mean that a male has prostate cancer, as there can be false positives, and the key here is it is an indicator only.

Particularly if you have a positive family history or are of Afro Caribbean ethnicity, the rates tend to be higher. I’d urge every male colleague to book a test via the charity’s website. It’s a really simple process, and tests are taking place all over the UK.

As we’ve shown in North Wales, the testing is all about saving lives, and we want officers and staff to keep serving and doing what they do best.

This could be the two-minute trip which might save your life. So please register to be tested during Men’s Health Awareness month.”

One colleague of Maria tells his own personal experience of what happened after he was flagged via testing.

“I had a PSA test in October in FHQ and my results came back slightly high for my age. I have since had more blood tests, DRE, MRI scans and a biopsy which identified prostate cancer. There were no signs, symptoms or any indication that would have been a warning for me to go to my GP.

On the day of my PSA test I remember saying how good it is that we as NWP employees have the opportunity to have the PSA test. It’s unlikely anyone would, unless there were signs of concern.

This cancer may have gone unnoticed for years, whereby my situation would probably be more serious and I’m grateful for that.

I hope in the future colleagues continue to have this opportunity for a PSA test and many attend.”