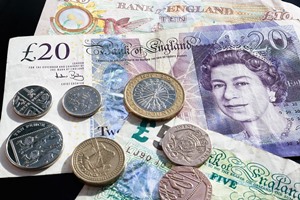 In May 2021 we withdrew from the Police Remuneration Review Body (PRRB) after recommendations from the body were once again disregarded by the Government, seeing officers with no uplift in pay despite the efforts and challenges faced during the Covid-19 pandemic.

Following the news of a police pay freeze earlier this year, we launched a national campaign with the aim to reset police-government relations and fight for a fairer pay system that acknowledges the tremendous efforts of police officers who risk their lives every day to keep our communities safe.

How did the process work?

On 29 January, despite the announcement of a public sector pay freeze, we asked for a 3 per cent pay uplift for police officers in England and Wales to recognise the vital part they have played policing the pandemic. We have also strongly advised that a thank you bonus is given to recognise the risks police officers have taken policing the pandemic.

"Police officers continue to put themselves and their families at risk and deserve to be paid fairly" - Read more.

On 7 February 2020 we, in conjunction with the Police Superintendents’ Association (PSA), published its submission to the Police Renumeration Review Body (PRRB) - the independent team which recommends to the Government what pay increase police officers should receive. In 2020 PFEW and PSA have recommended that police officers receive a pay uplift of 5% across all ranks. Last year officers were awarded 2.5%.

Over the past 10 years, when using the Consumer Price Index (including housing) method of calculating inflation, police officer pay has fallen in real terms by 8.7% - and when the Retail Price Index is used that figure becomes 18%.

‘Police officers do a unique job. They deserve to be paid fairly’ Read more

On 12 February 2019, we put forward our written submission recommending a three-year pay deal to rescue police officers from a financial cliff-edge.
Using the NPCC’s own pay mechanism and data, and taking into account proposed ‘P factor’ payments (which we think should be 14%, in line with X factor payments to the military), we calculate that constables are already up to 18.4% below where they should be, and sergeants up to 19.4% below.
Therefore, we are proposing a 5% uplift in pay for police officers this year, followed by 5% in both 2020/21 and 2021/22.

Our reaction to the Government announcement of a 2.5% pay award - published on 22 July 2019

Read our 2018 submission, accompanying news article 'Police Chiefs under fire over pay' and a blog from former National Chair Calum Macleod, all published on 5 February 2018.

In October 2018, we lodged an application to Judicial Review proceedings into the lawfulness of the Government’s decision to ignore the recommendations of the PRRB for the second consecutive year. In January we heard that our application had been successful. Subsequently, in March, the then Policing Minister agreed to review the Police Consultative Forum (PCF).