The Police Federation of England & Wales is launching a compensation claim against the Government on behalf of members who were victims of discrimination and suffered any ‘injury to feeling’ as a result of the changes to members’ pensions by the introduction of the 2015 scheme.

Please note the questionnaire and consent form will be available shortly. You will be contacted in due course.

All internal and external queries on this subject should be directed to the PFEW comms team and not Penningtons. 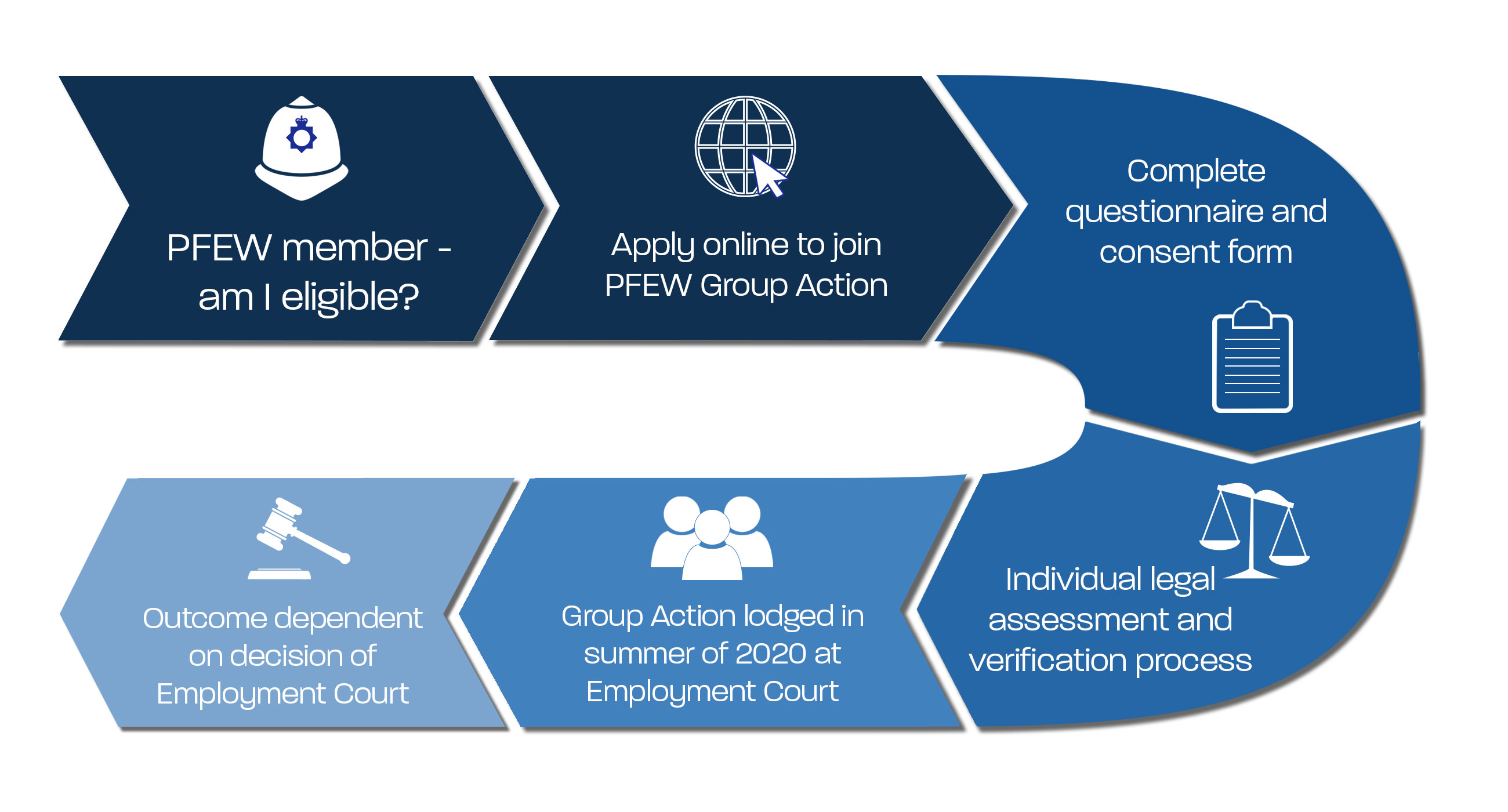