Policing under the pressure of current events

National Chair John Apter reflects on policing under the pressure of current events. 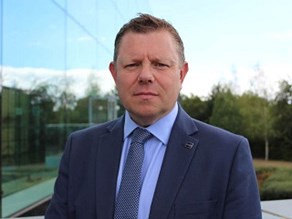 "It seems that no matter what happens within society, the finger of blame always leads itself towards policing, before the facts are known.

"The harsh reality is, that despite the almost daily information being put out by Government and other agencies about the increase of police officer numbers, that we are still nowhere near where we need to be to react to everything the way the public would expect and the way that we should be able to. This is an inconvenient truth for some.

"Compared to a decade ago, we have more than ten thousand fewer officers and thousands fewer police staff, many who perform critical roles often unseen by the public. At the same time as police numbers remain significantly reduced, the population across England and Wales has increased by more than 4 million. This has a consequence.

"Low numbers and a global pandemic mean that there is more pressure. Pressure on frontline officers, response policing, detectives and pressure on back office functions including departments like firearms licensing. The pressure is intolerable and leads to delays that are unavoidable despite our best efforts. This is the reality that policing is facing, while at the same time being held accountable for matters that sit firmly with other agencies. Policing is often the service of last resort and we can’t always say no, we can’t close our doors at 5pm on a Friday afternoon.

"We need to increase our numbers, officers and staff, above what is promised by the Government or we will continuously be chasing our tail, never being able to be fully proactive in dealing with the pressures we face. The lack of genuine investment in policing is putting the public at risk and that is something that no society should ever accept. My colleagues are committed to doing everything that we can to keep the public safe, but we need the help to do this."