PFEW have agreed to fund Court of Appeal proceedings along with other staff associations in a bid to prevent unfair changes to public service pension schemes being implemented on April 1 next year. 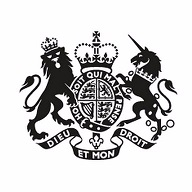 The decision follows a recent ruling in favour of the Police Superintendents’ Association (PSA)  by a High Court Judge who found government consultation on pensions was unlawful and breached Public Sector Equality legislation.

A group of staff associations will now seek leave to appeal on the grounds the government has not lawfully consulted with PFEW and other police-related associations before the enforced 2022 pension changes take place. The appeal will be granted if a judge gives permission to appeal and agrees the appeal has a real chance of succeeding.

He added: “Following this landmark and damning ruling it has been agreed that this matter should be appealed to force government to take into account our submissions during the consultation process. It is clear that detailed PFEW submissions specifically related to members have not been properly taken into account by government and therefore this was unlawful.

“As the undisputed voice of policing, it is important we pursue this on behalf of our members. If we are successful, this could delay the proposed changes and apply to members who were part of a ‘legacy’ public service pension scheme (or eligible to be) immediately prior to 1 April 2012 and have a period of service after 31 March 2015 during which they were members of a legacy or reformed scheme.

“Although this would not ultimately alter the government’s decision to reform public service pensions, it could force it to reconsider the previously submitted PFEW evidence which appears to have been ignored.

“Policing is a unique profession, and by working closely in conjunction with other associations we want to ensure the government takes this fully into account during their implementation of the public sector pensions remedy. Ultimately, our aim is for members to be fairly compensated for their hard work and dedication.”

The court action will be based on the legal principle of Public Sector Equality Duty, which is legislation designed to eliminate discrimination, harassment, victimisation and other conduct prohibited by, or under, the Equality Act 2010 between persons who share a relevant protected characteristic.