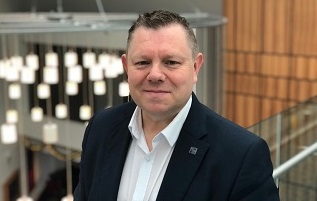 The Government must reconsider its plans to introduce league tables which would result in a return to a damaging, target-driven culture.

That is the message of the Police Federation of England and Wales as it was confirmed today (April 22) that the Home Secretary Priti Patel is drawing up plans to rank police forces on their success in cutting serious crime.

Police chiefs have been told they will be measured on six crime types including homicide, serious violence and cybercrime. The Home Office will compare their performance against national benchmarks in what it said was a “relentless focus on cutting crime”.

Reacting to the news, National Chair of the Police Federation of England and Wales John Apter, warned: “Scrutiny and accountability are already a large part of policing, so these proposals for league tables will herald a return to a damaging, target-driven culture. Mechanisms for holding individuals and forces to account are in place, and we are already amongst the most scrutinised professionals in the world.

“My message to Government would be to stop and think before returning to the mistakes of their predecessors. Reintroducing targets in policing would be a damaging and retrograde step. In previous years when they have been used we have seen forces focus on targets to the exclusion of other issues. This is not good for the public and certainly no good for the victims of crime.

“These league tables would also restrict the ability of forces to focus on local issues, because Chief Officers would be chasing targets which were judged on criteria set in Whitehall. If, despite these warnings this is pursued it will fail, and it will be damaging.”

The Federation has been warning against targets in policing for more than a decade.

In 2007, when targets were introduced by the previous Government, we successfully pressed for them to be scrapped after it led to "ludicrous" decisions such as arresting a child for throwing a cucumber slice.