Blog: Proud of a job that’s given me skills for life 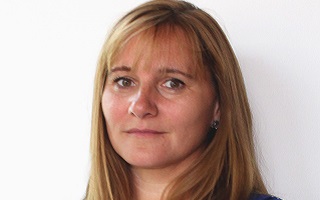 There’s an inner investigator in all of us – Karen Stephens, Secretary of the Police Federation’s National Detectives’ Forum (PFNDF) reflects on a role that’s tough but rewarding.

“When I joined the police in 1991, I was told then that ‘the job’ was not like it used to be – but I can honestly say that the job itself hasn’t changed, it’s everything around us that has. We all have our tales to tell and I can reminisce with the best of them, but the general premise of what we do is still the same – we catch bad people, hopefully lock them away and help people who can’t help themselves.

“Yes, I know you can do this in most policing roles, however, if you’re fed up going to a job and not seeing it through to the end, or not being able to deal with those ‘decent’ prisoners you bring in, then maybe you should consider becoming a detective.

“Detectives have been in crisis for far too long; officer numbers and morale are still at an all-time low. But whilst my PFNDF colleagues and I continue to lobby for change, it’s not all doom and gloom. There are some incredible individuals and teams working their socks off, achieving great things, tracking down villains and securing justice. Yes, I’ve seen friends and colleagues break under the strain and horror of the most depraved crimes, but not one of them would change a thing if they could start their career over.

“When you join the police, the training you’re given enables you to become an investigator. That applies to everyone. I know many believe that, because they’re not in detective roles, they don’t consider themselves to be investigators. Not true! As soon as you turn up to a scene you begin an investigation. I’m not teaching you to suck eggs, I just think it’s worth reiterating.

“If you’re happy to do the initial investigation and move on to the next job, then great – we’re all different and that’s what makes the service what it is. However, if you want to get into the detail, see investigations through to the end, then please consider becoming a detective. In my opinion, it’ll be the best thing you can do. Yes, you must study and sit an exam, but if you have an enquiring mind, this is the job for you, and you will thrive at it.

“The courses you go on from witness and suspect interviewing to disclosure will give you skills for life, transferrable to any role. And you do them so often it will be impossible to forget. Having previously worked in a unit for four years where we didn’t interview suspects very often, I then went back into the main office, concerned I’d have forgotten how to, but I didn’t, it was second nature. Granted, some of the forms had changed, but it felt like I’d never been away.

“Like many roles within policing, the job can hugely impact your wellbeing, both physically and mentally. Detectives come face-to-face with some harrowing scenes, which is why it’s so important that colleagues recognise the signs when things are getting too much and that the right support is in place from a welfare perspective.

“I’m currently working with the National Police Chiefs’ Council (NPCC) and College of Policing (CoP) to develop a preventative toolkit to assist with treating officers who have unfortunately become unwell due to the job. Tools like this will be vital in keeping the officers we have fit and hopefully attract new recruits to what is ultimately one of the most rewarding careers out there.”

Read more on the Detectives in Crisis campaign.

PFNDF will be signposting to sources of support throughout the month so keep an eye on our social media pages and join the conversation by following #DetectivesInCrisis and #PoliceWelfare.