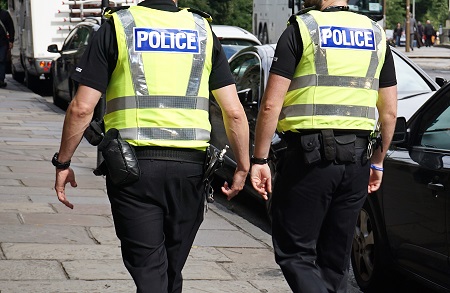 With the Crown Prosecution Service (CPS) warning ‘coronavirus coughs’ at key workers could be charged as common assault, the Police Federation of England and Wales (PFEW) has called for more robust laws to be introduced if the situation worsens.

This week has seen a handful of incidents where police officers have been coughed or spat at with threats of passing on COVID-19 to them whilst responding to call outs.

On Saturday night, West Yorkshire Police officers were met by large crowds who coughed and spat at them while they were standing guard during a serious incident.

In response to the spate of attacks, Max Hill QC, Director of Public Prosecutions said he is “appalled” by these reports, emphatically stating it “will not hesitate” to prosecute anybody who threatens a key worker as they go about their vital duties.

Responding to the announcement, National Chair of the Police Federation of England and Wales John Apter, said: “During this challenging period the announcement is welcome and timely.

“Reports of a vile minority using the virus as a weapon against police officers trying to keep them safe beggars belief.

“Coughing and spitting, threatening to spread COVID-19 to my colleagues is a disgusting act and must not be tolerated on any level.

“I have raised this serious issue of people using the virus as a weapon or to cause fear with the Home Secretary this week – suggesting there must be emergency legislation put into place if we see an increase of these kind of incidents.”

Two men have been prosecuted this week for their abhorrent actions.

Darren Rafferty, 45, yesterday admitted three counts of assaulting an emergency worker after claiming to have coronavirus and directing coughs at Metropolitan Police officers arresting him for another offence.

And David Mott, 40, was jailed yesterday after threatening to spit at police in Blackburn who had asked him what he was doing out with following the Prime Minister’s announcement of stricter social distancing rules on Monday night.

Mr Apter continued: “Yes, there are offences already available, but they are generally minor and do not attract the level of seriousness they deserve.

“We need to see a strong response for those who assault our 999 colleagues in this way - those dedicated men and women who are putting their lives on the line during this crisis.

“Until then, I will keep pushing this as an issue because our emergency service workers deserve nothing less,” he concluded.