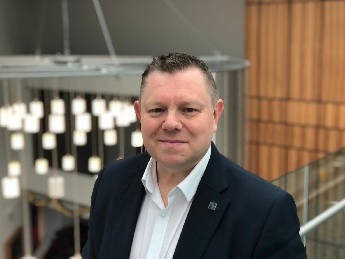 As the Police, Crime, Sentencing & Courts Bill gets its first reading in Parliament today (10 March), National Chair, John Apter, writes in the Daily Express about the hard-won measures it contains to make members' lives better.

I am pleased to see the Police, Crime Sentencing and Courts Bill contains several key issues that the Federation has been campaigning hard for over many years. The timing, too, seems appropriate. This past year has highlighted the many ways in which policing is dangerous, unpredictable and incredibly demanding. The new legislation, which includes the introduction of a Police Covenant in law, will give my colleagues and their families greater protection and recognition for all they do.

It is absolutely the right decision that the maximum sentence for assaulting an emergency worker is doubled. It was our ‘Protect the Protectors’ campaign that brought the original Assaults on Emergency Workers (Offences) Act 2018 into place, raising the initial sentence from six to twelve months. It’s encouraging that this legislation has been further strengthened to protect my colleagues. However, this increase in sentencing will mean nothing unless the sentencing guidelines are updated and made fit for purpose.

The Bill also strengthens protections for police drivers, proposing a new test to assess the standard of driving following a collision. This test means courts can judge an officer against a ‘competent and careful peer’ with the same training, rather than just comparing with a member of the public with no training.

I am also personally really pleased that Special Constables will now get the same legal protection and support as regular officers as members of the Police Federation. I am a former Special myself, and I passionately believe that, as they expose themselves to the same risks, they deserve the same protections and support as regular officers. I’m proud that the Federation will be able to open its doors to them as members.

This Bill entering Parliament is a huge achievement, but it is only the first step. As it takes its journey into becoming law, the Police Federation will continue to keep campaigning to ensure the Bill brings about a positive, meaningful and tangible difference for our colleagues.