The Government decision to increase National Insurance payments by 1.5% is another setback for police officer pay. 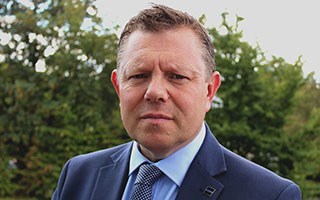 While the additional investment to social care is welcomed, the impact that this will have on policing could be catastrophic.

National Chair John Apter says: “Policing is underfunded and undervalued by this Government. After more than a decade of pay caps, pay freezes and now an increase of National Insurance, police officers will be seeing a significant cut to their pay at a time when they are already at breaking point.

“We need urgent clarification of whether police forces will have to pick up the almost £70million liability. This additional cost will cause even more strain on already overstretched policing resources. We will be using police service money to pay for another public service, leaving us short. We simply will not be able to do the job we need to protect the public.

“If we do have to absorb this hefty cost, how ironic that policing will be paying towards a pay rise for our NHS colleagues when we have been told that we cannot afford a rise for our own people. Policing and police officers are not a priority for this Government, no amount of rhetoric will convince us otherwise. It is reasons like this latest Government move that led to us withdrawing our support for the Police Remuneration Review Body. We want change, we want fairness, we want respect for our police.

“After stepping up during the pandemic, facing abuse and assaults, working in hospitals, driving ambulances, removing bodies from homes and policing almost unenforceable legislation, the Government saw fit to award Police Officers with a 0% pay increase. This Government has lost the trust of my colleagues.”