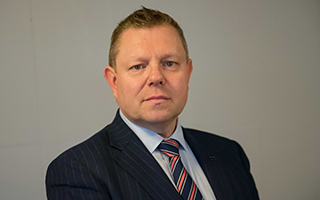 Despite Government and police advice not to engage in mass gatherings, recent days have seen thousands take to the streets in support of anti-racism.

Whilst most of the protesting has been peaceful, a small minority has been intent on causing trouble and attacking police officers. In total 23 officers have been injured, including 10 at the demonstration in London on Saturday (6 June). An officer from the Mounted Branch who was seen to fall from her horse is currently receiving hospital treatment.

John Apter, the National Chair of the Police Federation of England and Wales, said: “PFEW respects the right to peaceful protest, and our members will continue to facilitate that right. However, we must not lose sight of the fact that the country is still in the grip of a deadly pandemic. The gathering of thousands of people, however worthy the cause, remains unlawful and is a danger to public health and that of police officers who are working hard to keep these events peaceful.

"We utterly condemn the violence that has been directed at our officers – those brave men and women who are protecting the public and at a risk to their own safety. Police officers are doing a job and should be going home to their families at night, not to hospital. Unfortunately, it is the actions of these few that people will remember most about these protests, a message distorted from its original intentions.”

The situation is not helped by comments by public figures, like Diane Abbott, seeking to draw unhelpful single-issue comparisons between policing in the UK and the United States.

Mr Apter added: “These are not comparable. In the UK we police with consent of the public and this ethos is at the heart of how we engage and protect coupled with the highest levels of scrutiny and accountability in the performance of these duties, compared to anywhere else in the world.

“Our message to anyone thinking of participating in protests is, before you do so please think about the risks you are placing on everyone else, including your family and is there another way to get your voice heard without those associated risks.”