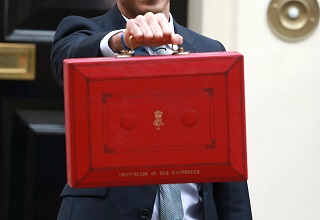 The Police Federation of England and Wales (PFEW) has urged the Chancellor of the Exchequer to guarantee a real-term pay increase for police officers this year.

A compelling letter has been delivered to Chancellor Rishi Sunak ahead of the 2022 Spring Statement tomorrow (23 March), evidencing why the Government should take this opportunity to commit to a meaningful pay rise which reflects the soaring cost of living.

“As the undisputed voice of policing, we’re here to stand up for our members through these difficult times,” the letter reads. “It’s been an incredibly tough two years for police officers dealing with significant extra demands posed by the COVID pandemic.

“Alongside these challenges, since 2010, police officers have faced increasing workloads and a staggering real-term cut in their pay of 20 per cent.”

Our recent Pay and Morale Survey revealed 92 per cent of our members feel they are not fairly paid for the stresses and strains of their job, and 67 per cent said they would not recommend joining.

More than one in 10 said they regularly cannot afford monthly essentials, while 73 per cent of officers already feel worse off financially compared to 12 months ago.

At the same time more than three quarters of police officers say they have experienced mental health or wellbeing difficulties in the past year.

The letter, signed by PFEW National Secretary Alex Duncan, warns that rock-bottom morale, conflated with the increased cost of living, rising energy bills and the increase in National Insurance from April will pile on even more pressure on rank and file, ultimately leading to recruitment and retention issues.

“You have already announced that the public sector pay freeze is coming to end, but any pay increase below the rate of inflation would be an insult to our members,” the letter continues.

“We haven’t got time to wait for the findings of the flawed pay review body. We’re asking that you use the Spring Statement to guarantee a real-term pay increase for our members this year.

“Use the Spring Statement to demonstrate that your Government actually does respect police officers. A decade of real-term pay cuts has done damage to our police forces.

“Guaranteeing a real-term pay increase for our members would show you’re finally treating officers with the respect that the British public demand and that they deserve.”

Read the full letter to the Chancellor here.