A new Criminal Justice Bill to provide better welfare and legal safeguards for police officers and allow Special Constables to join the Police Federation of England and Wales (PFEW) will be enshrined in law. 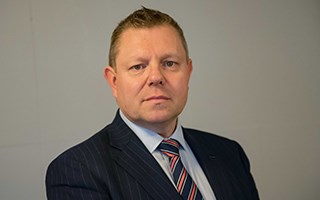 The creation of a Police Covenant follows extensive campaigning by PFEW and was announced by the Government today along with other new measures to support officers, police staff and their families.

Alongside the establishment of the Covenant, the Police, Crime, Sentencing and Courts Bill legislates to double the maximum sentences for those convicted of assaulting emergency workers in England and Wales to two years – something the Federation has been campaigning for.

The new bill clears the way for Special Constables to formally join the Police Federation after years of PFEW campaigning and regular discussions with the Home Office, Association of Special Constabulary Officers (ASCO), the National Police Chiefs’ Council (NPCC) and the Association of Police and Crime Commissioners (APCC) over the issue.

It also gives better protection to police officers involved in driving incidents, with the introduction of a new test to assess the standard of driving following a collision. The test permits courts to judge the standard against a ‘competent and careful peer’ with the same training, rather than with a member of the public.

The raft of measures was welcomed by the National Chair of the Police Federation of England and Wales, John Apter. He said: “This Bill contains a number of important changes we have been campaigning for over many years to give greater protection to police officers, and recognise the unpredictable, dangerous and demanding job they do.

“This is the first step to bring these changes into law; we must grab this opportunity and ensure the Bill brings about a positive, meaningful and tangible difference for our colleagues.

“Our Protect the Protectors’ campaign brought about the original Assaults on Emergency Workers (Offences) Act 2018 which saw the maximum penalty for assaulting an emergency worker increase from six to 12 months. It is absolutely the right decision to see the maximum sentence being doubled, as the original tariff has proved completely ineffective. However, this increase in sentencing will mean nothing unless the sentencing guidelines are updated and made fit for purpose.

“This bill also means that Special Constables will now get the same legal protection and support as regular officers as members of the Police Federation. As a former Special myself, this is something I have been very passionate about. This is only right, Specials carry a warrant card and carry the same risk as regular officers, I’m proud that the Federation is opening its doors to them as members.

“For almost a decade, the Federation has been campaigning to bring about a positive change in the law to better protect police drivers. The new test will ensure my colleagues are more fairly treated in the eyes of the law. This change is much needed and long overdue.”