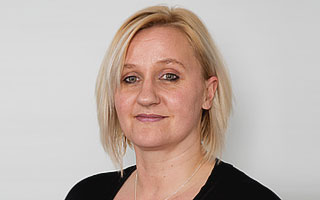 Forces across England and Wales will today be in a better place to support officers and staff going through the menopause, with the launch of force guidance on the matter - a first for policing which shows commitment on a national level to take the menopause, its symptoms and those who suffer from it, more seriously.

This catalyst for change has been the product of a working group of strategic stakeholders in policing, spearheaded by one of the Police Federation of England and Wales’ (PFEW) women’s leads, Hayley Aley.

The group worked together to commission a first of a kind survey aimed at officers and staff, the results of which were published earlier this year and provided the evidence required to help establish this much needed guidance for the police service.

Nearly half of respondents (44%) who found their symptoms extremely problematic have considered quitting the force as a result.

A number of respondents said they would be too embarrassed to discuss symptoms with their line manager and believe they would be treated differently in a negative way if they did disclose, as it could be seen as a sign of weakness.

Hayley Aley, a women’s lead for PFEW, said: “Up until now there has only been anecdotal evidence on just how much the menopause affects officers and staff in the police service.

“Everyone in the policing family got behind PFEW’s survey, which proved that forces need to do more to break down the barriers that currently exist.

“It was iconic for us to aim a survey not just at our membership, but to the whole police family and for this to give the credible evidence needed to give guidance to our force leaders.

“This guidance will make a difference to so many and I sincerely hope this work paves the way for colleagues in the other emergency services.”

Chief Constable Carl Foulkes, the national lead for Gender at the National Police Chiefs’ Council, said: “I genuinely believe that the launch of this guidance is a huge step forward for policing.

“The demographic of the police workforce across the UK is changing, with an increasing number of female colleagues, and an aging workforce in key frontline roles as well as other roles in our organisations. There are clear health and safety implications for women, their colleagues, and the general public, if we do not support, understand and deal with menopause issues properly.

“As such this guidance which addresses strategic, line management and individual learning around menopause transition is important to minimise the potential impact on operational and non-operational resilience as well as valuing and understanding what colleagues are going through.”

The results were shocking, yet not surprising - a vast majority (76%) who had either gone through or were going through the menopause admitted they had found symptoms either moderately or extremely problematic at work, with more than eight out of 10 agreeing tiredness and sleep disturbances were having a detrimental effect.

In England and Wales, around a third of female police officers are aged 45 or over, therefore the menopause presents an important occupational health issue that has the potential to affect thousands of people within the police service and should not be seen as a niche problem.

The National Menopause Guidance which is designed to help support and advise individuals, line managers, senior leaders and occupational health advisors is available to download from www.polfed.org/menopause - links to the national headline findings and force level reports are on the same page.